UPDATE: Missed this but eagle-eyed reader points out Team Sandoval spelled "Nevada" as "Neveda" on his piece. See color cover below.

He is an immortal lock for re-election, a sure winner even if he proposed a billion-dollar tax increase today.

But Gov. Brian Sandoval is still trying to build his war chest and take no chances two weeks before early voting starts, sending a mail piece late last week to remind people who he is, how he saved the state and brought the Democrats in line.

The piece is below. Some notes:

►There is no such word as "commonsense." At least there shouldn't be. And it's all over the piece.

►"Statewide grassroots campaign," eh? That ain't for him, right, Hutch and Sen. Roberson?

►He is taking his "message of economic opportunity" across the state soon. Really? Sandoval '16 begins? 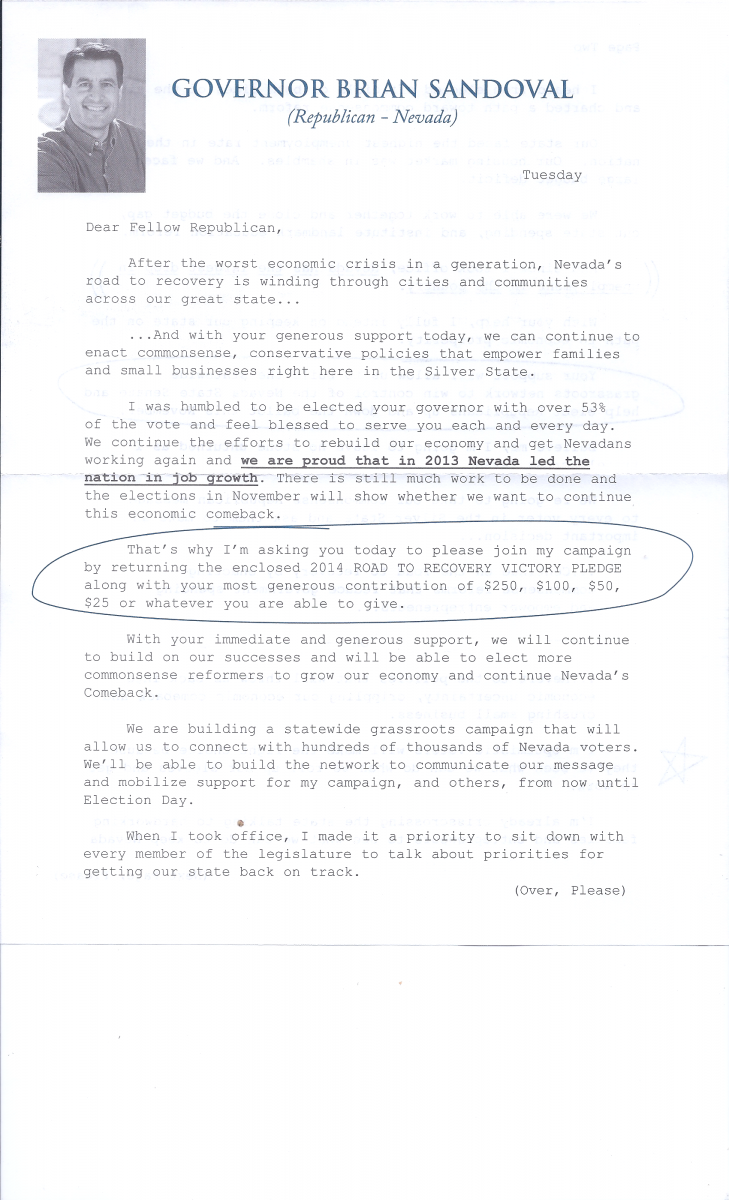 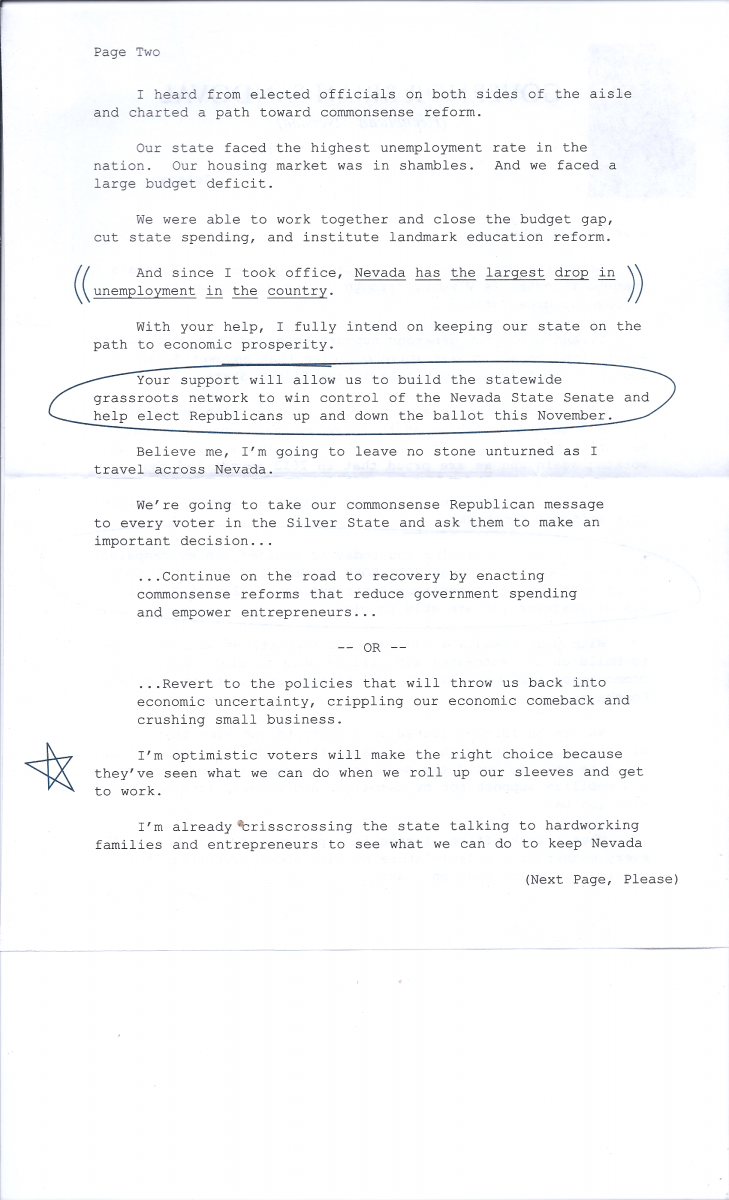 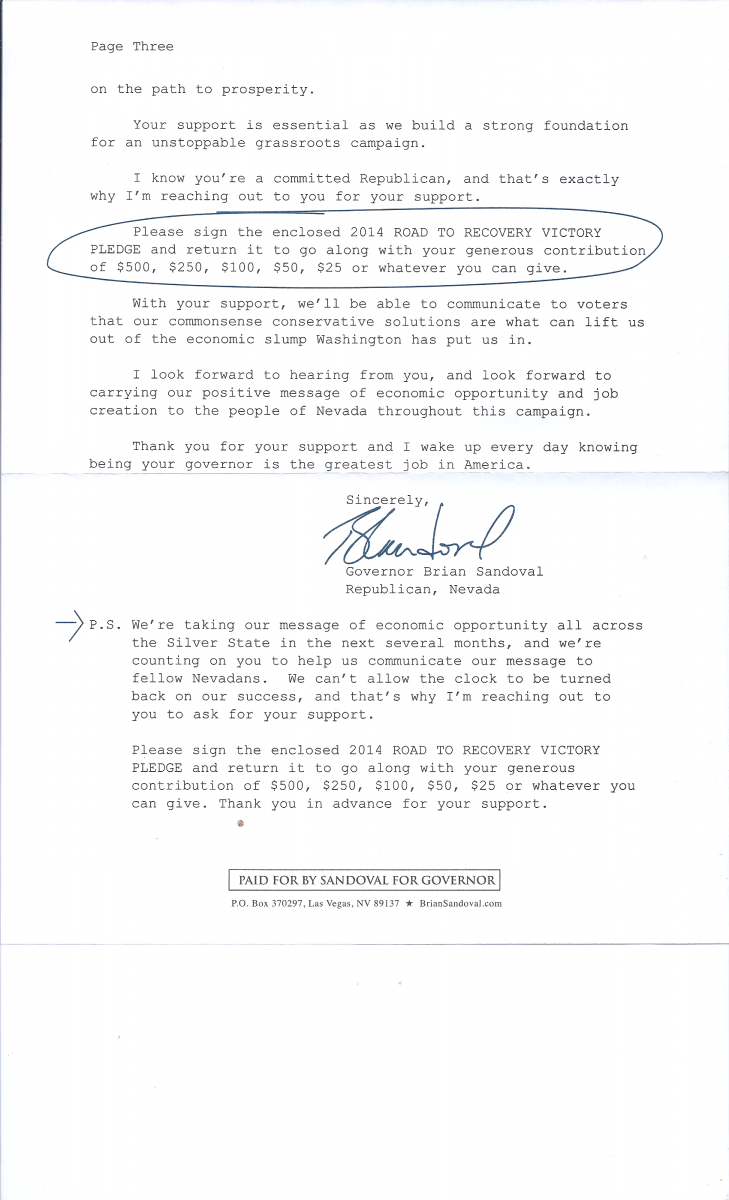 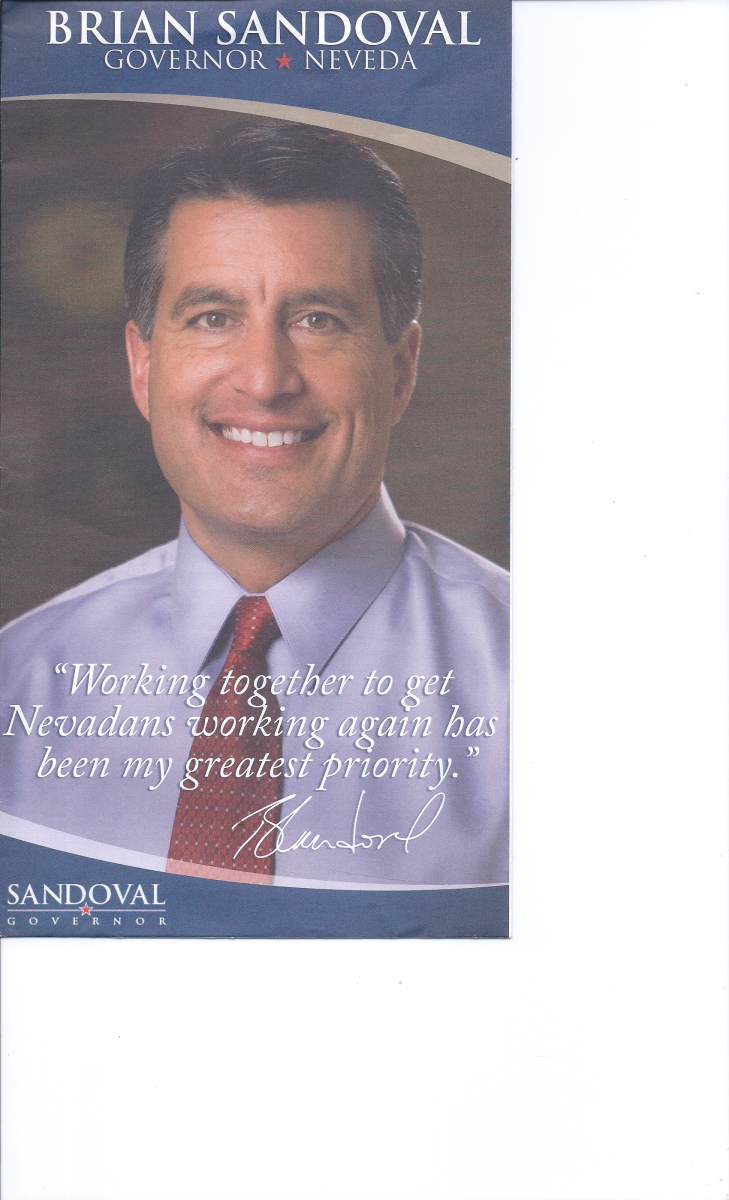 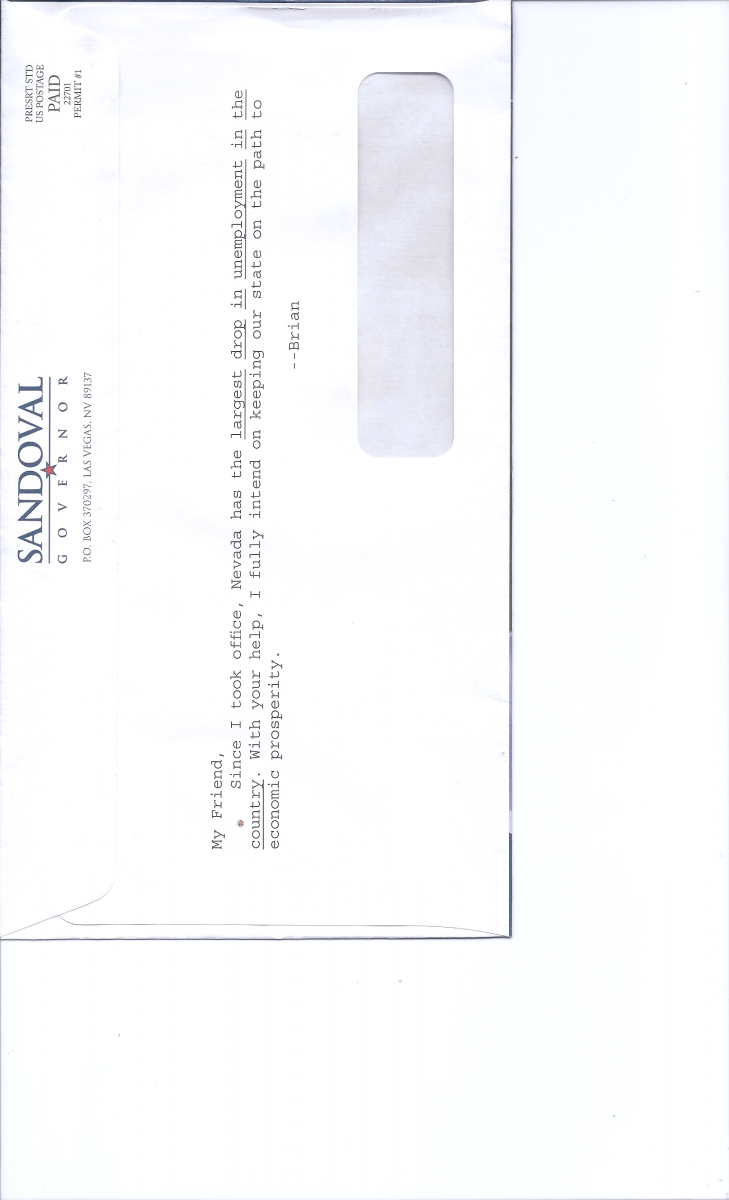 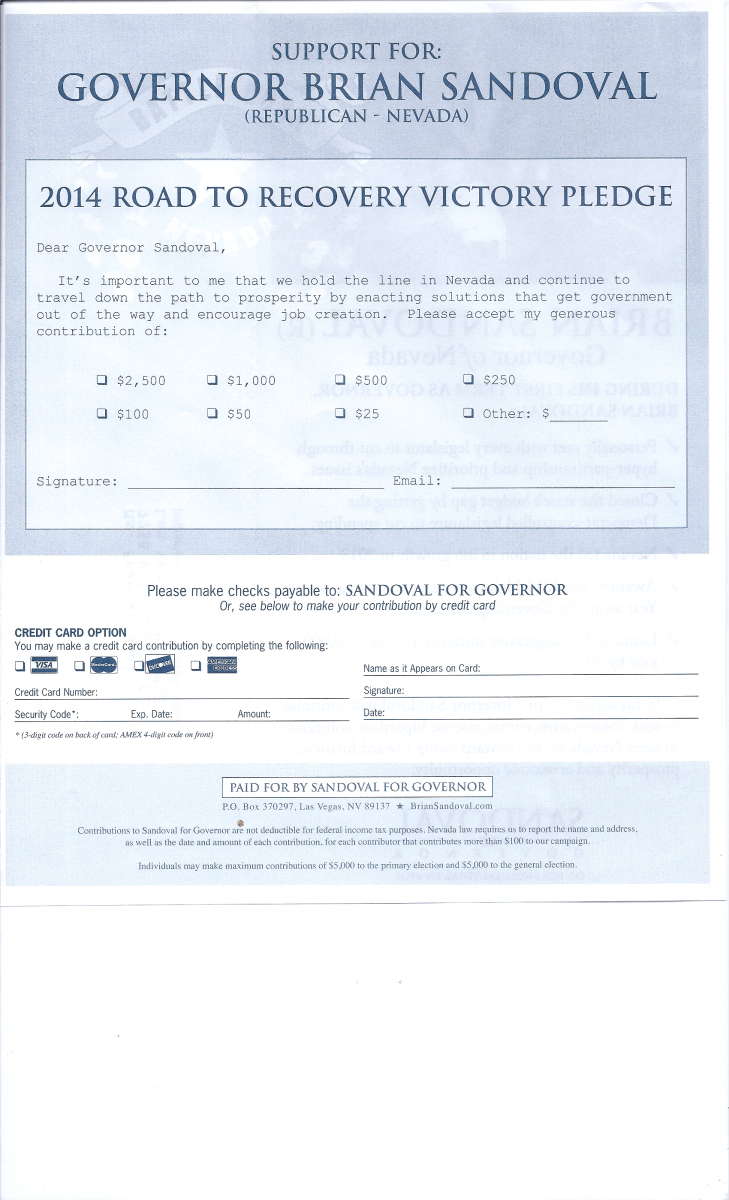 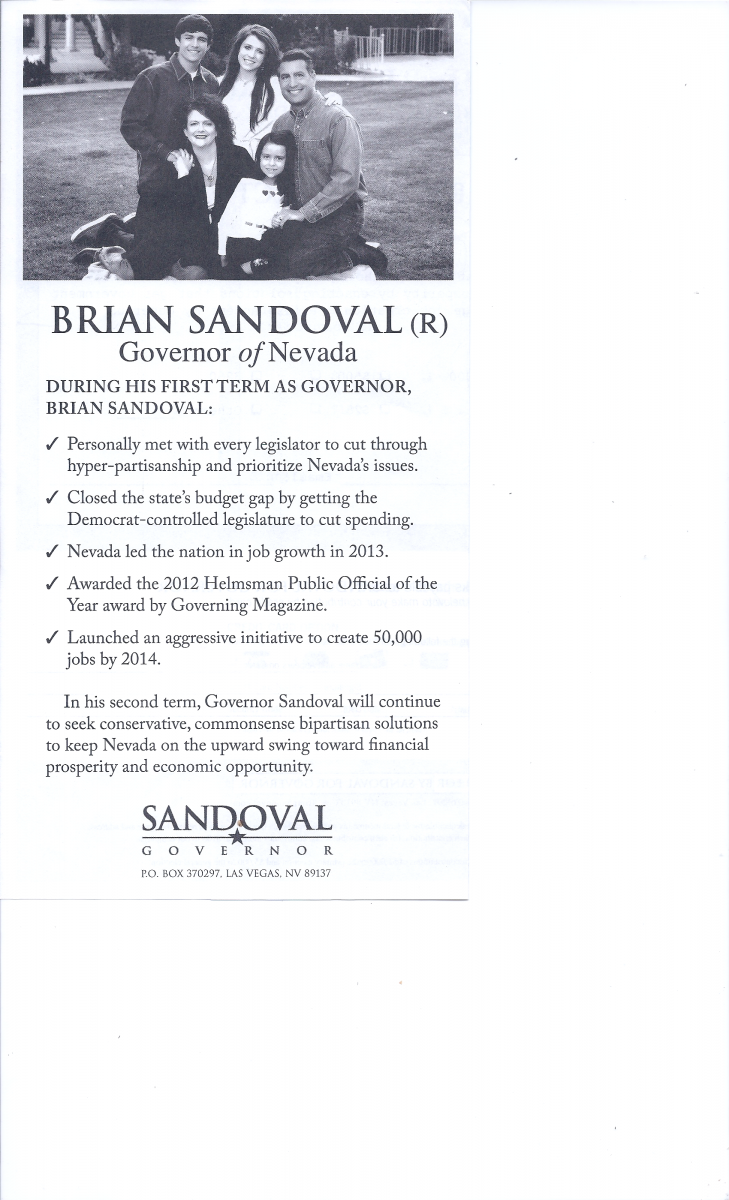