Battleground Save the Date (Former Member).pdf

UPDATE: Sandoval, who is usually not so partisan, is hooking up with the National Republican Congressional Committee for another event while he is in DC. So now he's a "special guest" of Speaker John Boehner & Co. And....Johnny Bench, too! At Nationals Park!

Gov. Brian Sandoval and his proposed understudy, state Sen. Mark Hutchison, are going to DC later this month to raise money, right in the backyard of a man either could challenge in 2016.

The fundraisers, a day apart, will only fuel speculation about Sandoval's intentions and, should he become lieutenant governor, Hutchison's, too.

How do I know it will fuel speculation? I just fueled it! 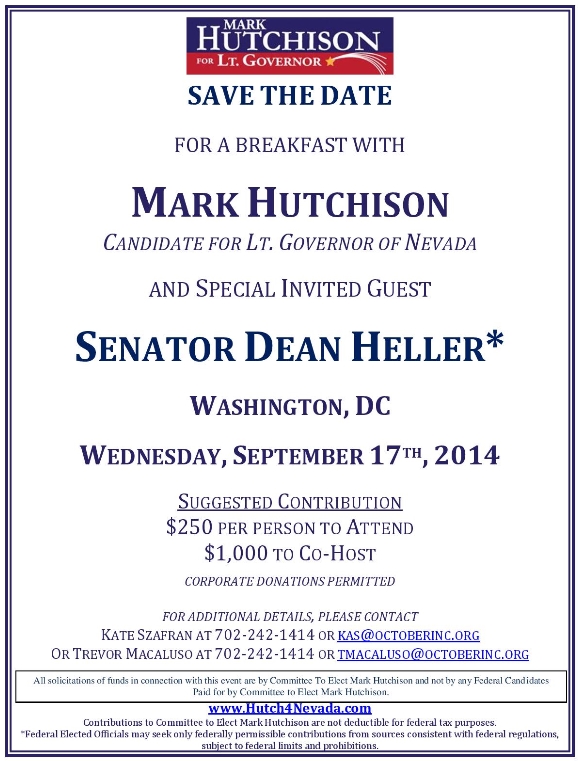 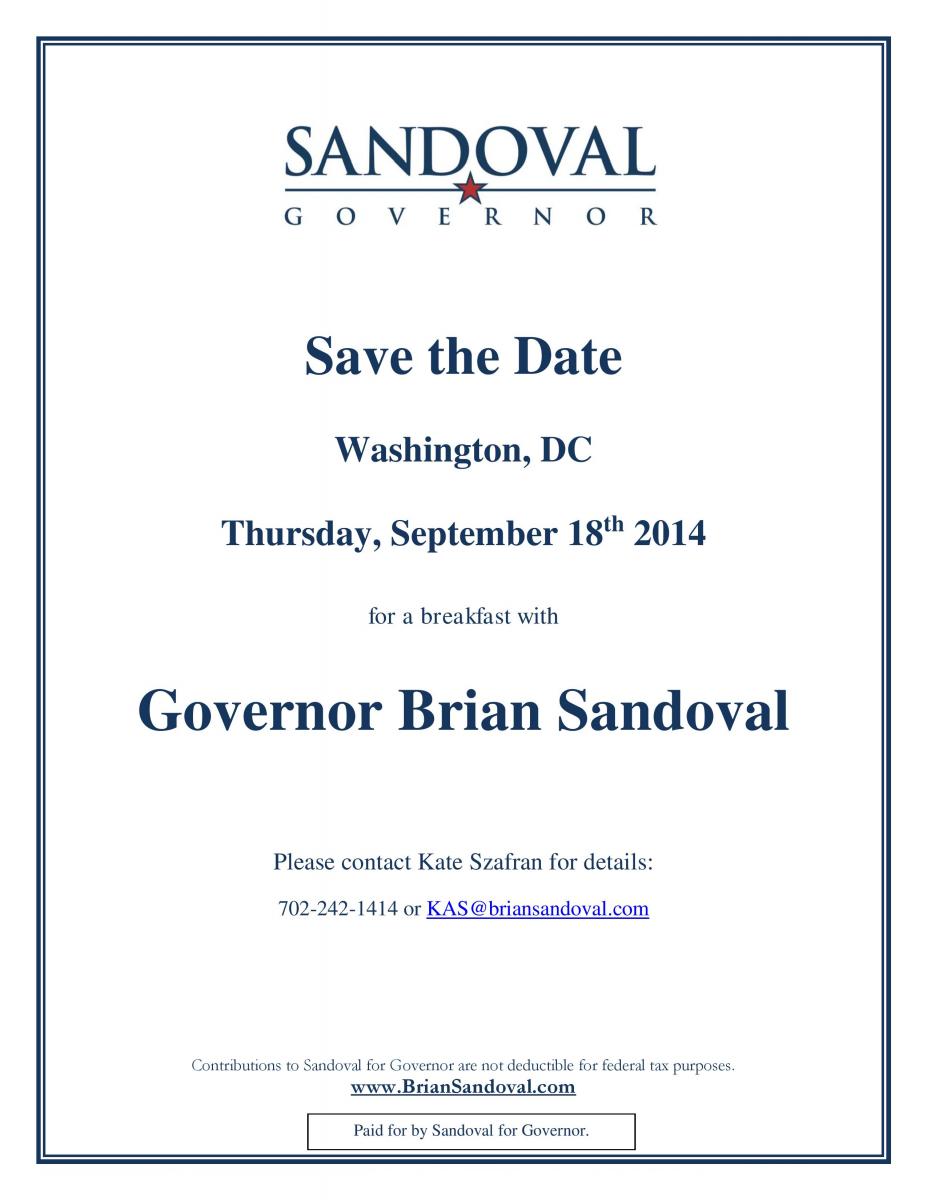