Assemblyman Derek Armstrong, the sponsor of the GOP tax bill that relies on the payroll tax, insisted during Tuesday's hearing that his plan was the friendliest to small businesses. Every lawmaker on the Tax Committee seemed to declare himself or herself a member of the Small Business Lobby. Advocates for truckers, auto dealers, manufacturers and retailers testified they liked the bill better than Gov. Brian Sandoval's plan to change the flat Business License Fee to a graduated Business License Tax.

This is all well and good except for one tiny fact: The governor's plan is much better for small businesses, if you use that term the right way.

We can argue whether payroll or gross revenue is the best way to tax businesses. But as I pointed out in my Reno Gazette-Journal column and to a somewhat flummoxed retailers' lobbyist on "Ralston Live" on Tuesday, if you are a business that makes between $250,000 and $1 million a year, there is no comparison.

I wasn't just spouting off in those venues -- not that I am not capable of same. You can see the actual numbers below in graphic and chart form, courtesy of Jeremy Aguero, who has studied these tax issues for more than a decade and helped craft the governor's plan. The bottom line:

This is not faux math. This is not the Knecht-Wheeler plan's magic-money calcuations. This is reality.

Take a look (I have also attached here the actual calculations.): 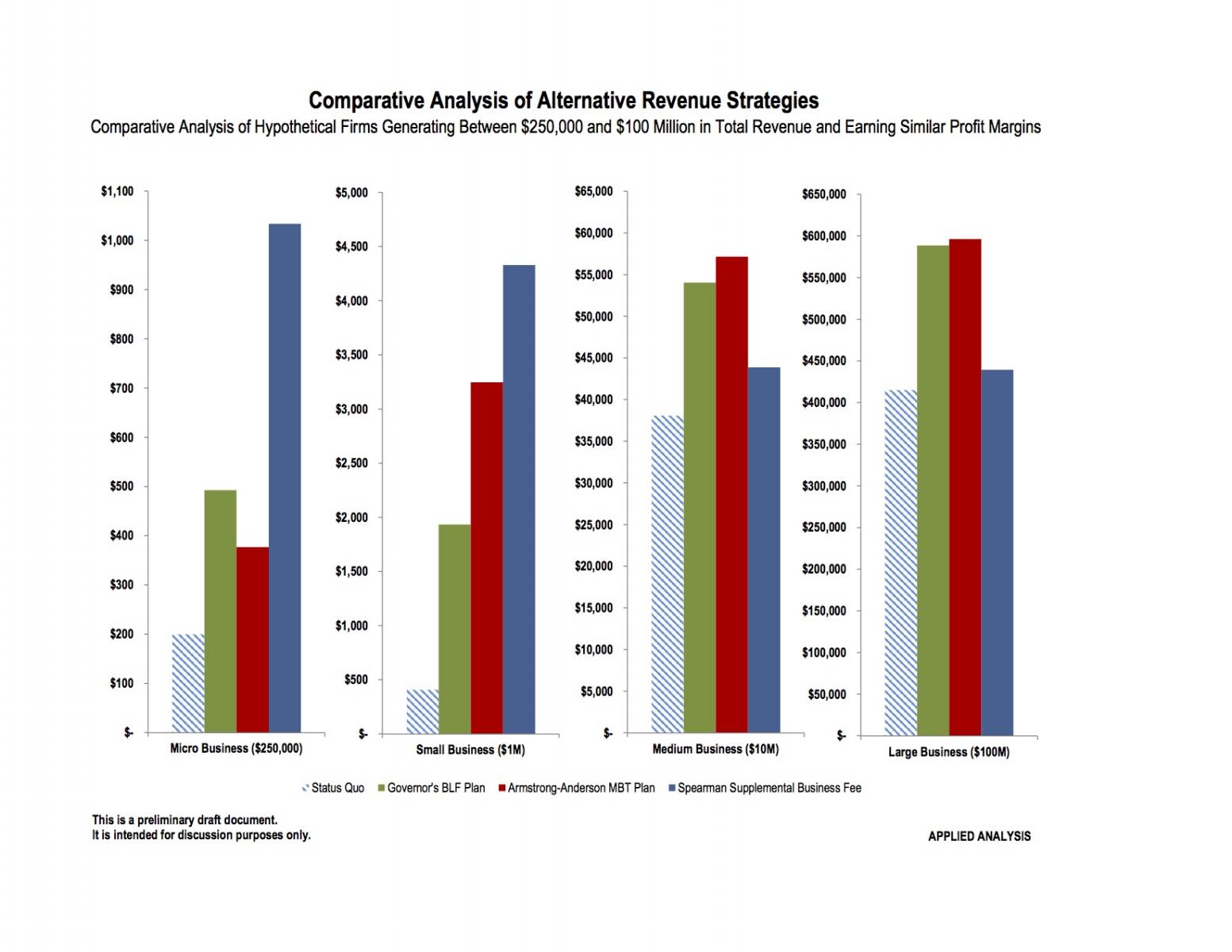