UPDATED, 6:40 PM: SEIU has corrected the ad, replaced it with the one below and a spokesman tells me:

"Former Rep. Steven Horsford is a champion for immigrant and working families. We are grateful for his years of service and support for hard-working people in Nevada and across our nation. The digital ad with his name and pictures was a mistake and was pulled down as soon as the error was discovered. The correct ad featuring the intended target, Rep. Cresent Hardy, ran starting at 10 a.m. Eastern/7 a.m. Pacific."

This morning, Politico reported that a number of Republicans, including Nevada's Joe Heck and Cresent Hardy, were being targeted with pro-immigration reform digital ads.

Maybe. But someone at SEIU apparently doesn't know who now represents CD4. 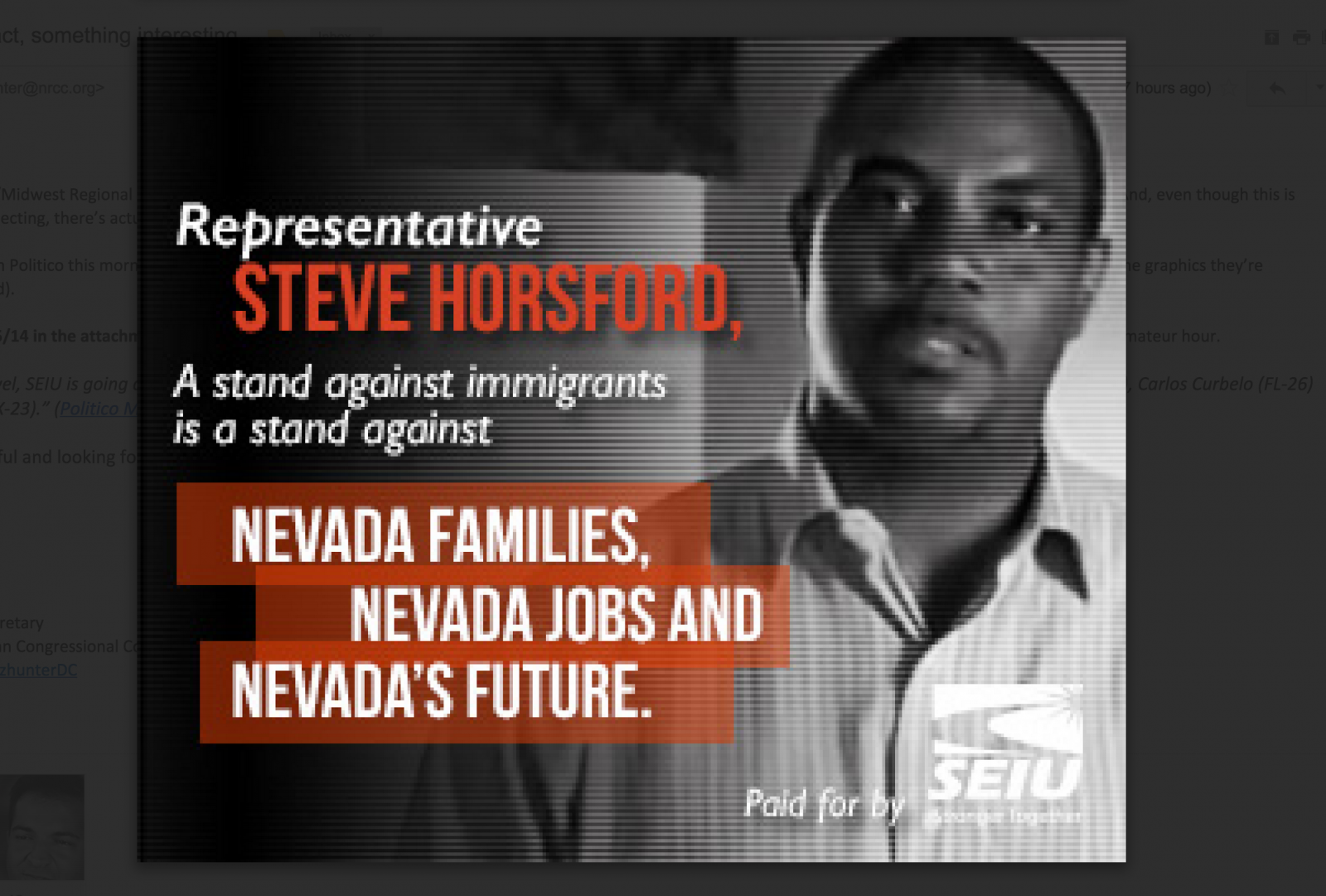 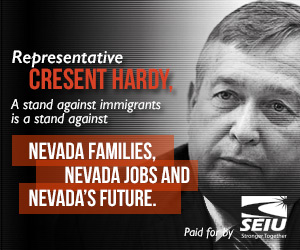