Assemblywoman Lucy Flores, being pummeled on TV and given up for dead by many Democrats, is within striking distance of state Sen. Mark Hutchison, according to a poll conducted for her campaign.

The survey, conducted by the Democratic-leaning Public Policy Polling, which uses automated calls, found Hutchison at 46 percent and Flores at 42 percent, just inside the 4.1 percent margin of error. It was conducted of 581 likely voters Oct. 11-12 for Flores' campaign.

Pollster Tom Jensen, in a memo, says the sample is "conservatively based on an electorate that voted for Barack Obama by only 1 point in 2012, 48/47. President Obama’s margin of victory in Nevada in 2012 was actually over 6 points.

PPP has had some success in Nevada. It was one of the few polling firms to have the Harry Reid-Sharron Angle race close in 2010. But there are are vulnerabilities with robopolls. The website run by data savant Nate Silver rates PPP a B-minus.

On the other hand, SurveyUSA, which Silver rates as an "A" polling firm, had messed-up internals for a poll that showed Hutchison crushing Flores. I have seen the entire PPP polling instrument. It has a GOP-skewed turnout, which is expected, 16 percent Hispanics (possible) and 53-47, female-male split.

Could the PPP poll be right? It does not comport with other private data I have seen or heard about, but this will be an odd year in Nevada politics.

Jensen, whose memo is below, asserted: "The survey finds that many voters are unfamiliar with both candidates at this point but that if the Flores campaign has the resources to make voters aware of Hutchison’s record, she has the potential to continue gaining ground."

But does she have that money?

The poll asked the horse race, then tested messages against Hutchison, which you can see in the memo. 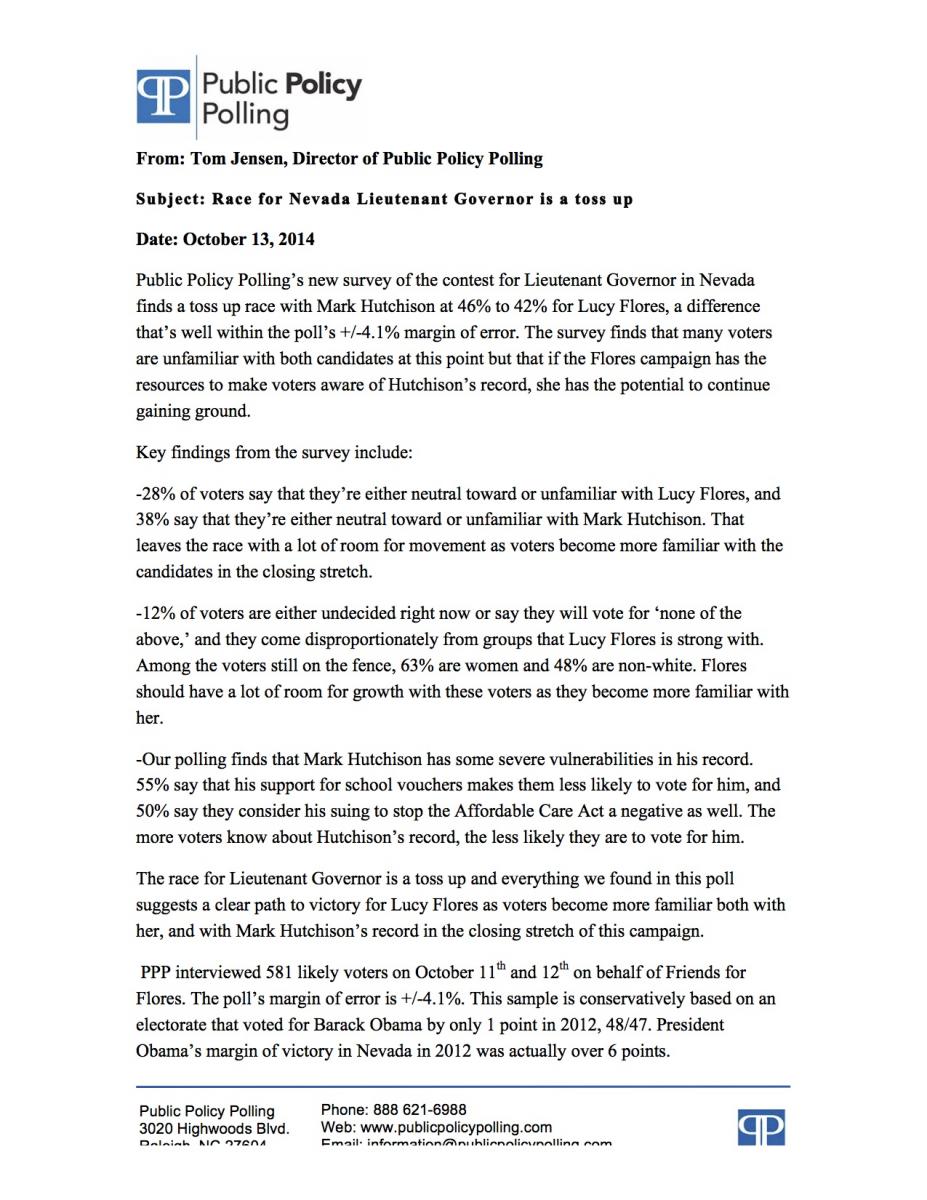