Fiore masters have recall sites for almost half of Ass. GOP Caucus Thanks to newly minted capital AP reporter Riley Snyder for reminding me of this 2006 gem about "fringe political operatives," some of whom are involved in the current threats to recall GOP assemblymen.

Even though these folks, especially those associated with the ultimate fringe group, Citizen Outhouse, a front for Michele of the Thousand Tax Liens, rarely do anything but embarrass themselves and even though no lawmaker has ever been recalled in Nevada, I thought I'd take a peek into these efforts to see just how hollow these threats are.

Here's what I found:

Records show that Citizen Outhouse, which has always posed as a nonpartisan policy organization, has been planning this political assault for weeks, not based on any principle other than getting revenge because their personal puppet, Michele Fiore, had been deposed from Assembly leadership. On Dec. 17, the day Fiore lost her majority leader's slot, Failure Caucus President Chuck Muth used Citizen Outhouse to purchase recall domain names for Fiore's perceived enemies: Pat Hickey, PK O'Neill, James Oscarson, Melissa Woodbury, Erv Nelson, Randy Kirner and Derek Armstrong. And now we know John Hambrick, Stephen Silberkraus and Chris Edwards have been added to their hit list. (They probably will have others soon, or already do as I post this.)

Think about that, folks. These thugs have bought recall sites against 40 percent of the Assembly GOP Caucus, almost none of whom have taken a position on the governor's plan but are perceived as Fiore's enemies and thus, Citizen Outhouse enemies. Should any member of that caucus feel safe from their hectoring?

By the way, using the modus operandi the group has used for years in their many failures, Muth's partner in thuggery, Dan Burdish, who actually works for Fiore as her "policy adviser," bought recallfiore.com, presumably as a prophylactic against anyone who might use the same lame tactics as they do. That purchase, too, came on Dec. 17.

These folks have no subtlety, either, with the husband of the woman who lost in the primary to Silberkraus -- Amy Groves -- on that recall committee. And she recently posted on her Facebook page that "this will go away" if the assemblyman commits to vote against the "$1.1 billion in tax increases." Because committing before a plan is released or a hearing has been held would be the responsible thing for an elected official to do.

The Chris Edwards case is even more instructive.

Remember Edwards, a freshman, also has yet to take a vote on anything and has not committed to vote for or against the governor's tax plan. As opposed to three freshmen -- Fiore, Victoria Seaman and Shelly Shelton -- who blindly declared their opposition right after the State of the State and before the plan has had a hearing, Edwards has refused to commit to The Failure Caucus.

So the fringe came after him.  On Wednesday, a news release arrived declaring: 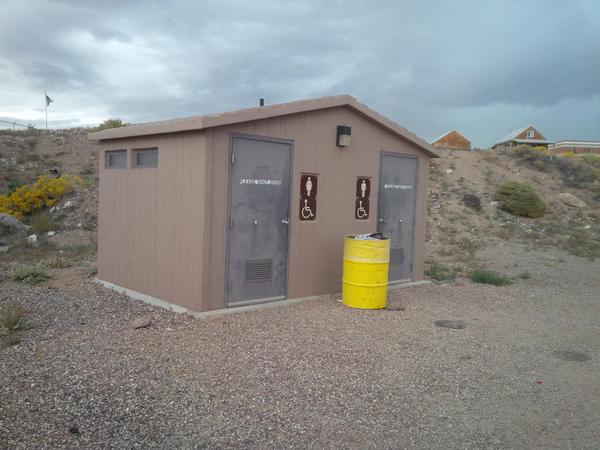 The release was sent by consultant Lisa Mayo-DeRiso, who coincidentally also issues releases for Fiore and Seaman, including one about a "war on women" that Fiore later denied existed, perhaps not realizing that, unlike payroll taxes employers are supposed to send to the government, emailed news missives don't just disappear.

Beyond the silly rhetoric that the margin tax defeat meant the public is against all taxes, the release said: "On his campaign web site, Edwards said, 'the Nevada Legislature has looked for ways to increase taxes on out-of-work Nevadan’s. This is the wrong approach.'" (Again, with the problematic apostrophe, which, by the way, Edwards did not have on his site.)

Of course the Sandoval proposal has nothing to do with taxing "out-of-work Nevadans," which was a nonsensical thing for Edwards to put on his site, but no more so than boiler-plate no-tax rhetoric brandished by many panderers during campaigns.

And this: "Recent actions by Assemblyman Edwards have caused concern among many who see Governor Sandoval's new tax plan as a redesign of the Margins Tax which was voted down by 78.74% in November, but now under a new name."

Forget that The Sandoval Tax is much different than The Margin Tax. That will be debated starting Thursday when the details are released.

What actions by Edwards were these citizens talking about? I asked.

Through Mayo-DeRiso, Citizen David Ballweg, a Mesquite businessman who lost a barnburner last year to sit the Overton Power District and who heads the recall committee registered by the consummate fringe operative, Chuck Muth,  answered and exposed the quality of this effort. I have annotated.

o Chris Edwards has signaled his intentions in several ways:

§ He voted with the pro-Sandoval tax group to remove Michele Fiore from the Tax Committee who would be a road block to Governor Sandoval’s new tax initiatives. (There was no vote. Speaker-designate John Hambrick removed Fiore because of her tax lien issues.)

§ He accepted significant donations from Governor Sandoval’s Re-election PAC to retire his campaign debt which now makes him literal (sic) in the “debt” to the Governor which is not a good position for him if we expect him to oppose the new tax proposals. (So whomever the governor gave money to supports his plan? Really? Sandoval gave Edwards $5,000 after the election.)

§ He ignored the same Mesquite group that he visited several times during the campaign for their votes to come and explain these and other concerns that have been raised because of his actions. (Oh, they will not be ignored, eh? My understanding is this isn't true. But even if it were, is that grounds for a recall?)

So let's recap.
Based on either thin or manufactured evidence, prodded by Citizen Outhouse, which is directly involved and pulls Fiore's strings, these citizens have filed a recall. Or an exploration of a recall. Which has never happened in Nevada history.
This is harassment and attempted intimidation, pure and simple. And if you don't believe me, Citizen Outhouse's national patron, Americans for Tax Reform, made it clear Wednesday.
"Consider: threatening recalls may scare someone into voting against largest tax hike in NV history," ATR's Paul Blair tweeted at me Wednesday. He then all but threatened that the national group would get involved in the recalls: "I'll also note that at THIS point, ATR is not involved in primarying anyone in Nevada. At this point."
Threatening people with recalls who have yet to take a vote to keep them from voting on something that has yet to be vetted at all.
I have called it political terrorism by fringe operatives. Anyone think I am wrong?