Fiore and her "team" hosting event for Fiorina

The event's co-hosts include Assemblywomen Michele Fiore, Vicki Dooling, Shelly Shelton and Victoria Seaman, a quartet of lawmakers that managed to do little more than introduce controversial and unconstitutional bills that went nowhere. Why Fiorina, the ex-HP boss, would think this is a good core group for her first Nevada appearance is beyond me.

The event is at Hunt-Bono's restuarant a week from Saturday. 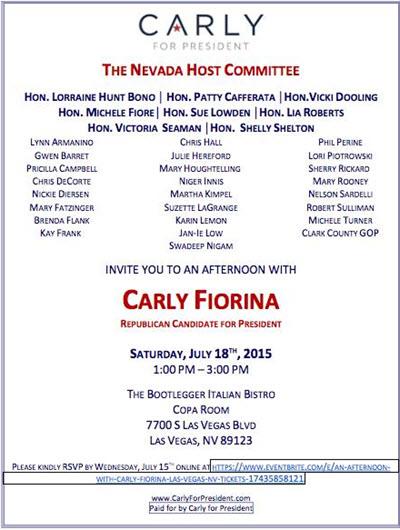