Assemblyman Brent Jones, a key member of Team Fiore and foaming attacker of fellow pro-tax Republicans, wrote a letter in which he fretted about "cherished legal protections for workers and unions are under attack."

The missive, which you can see below, was responding/pandering to an AFL-CIO postcard. He also lamented that this "has been a difficult session for labor." He also told the author of the postcard he would keep concerns about prevailing wage in mind going forward.

Joens, of course, voted to exempt prevailing wages from school construction, and backs most of the measures the AFL-CIO opposes. I'm sure he just hopes the author doesn't know that. 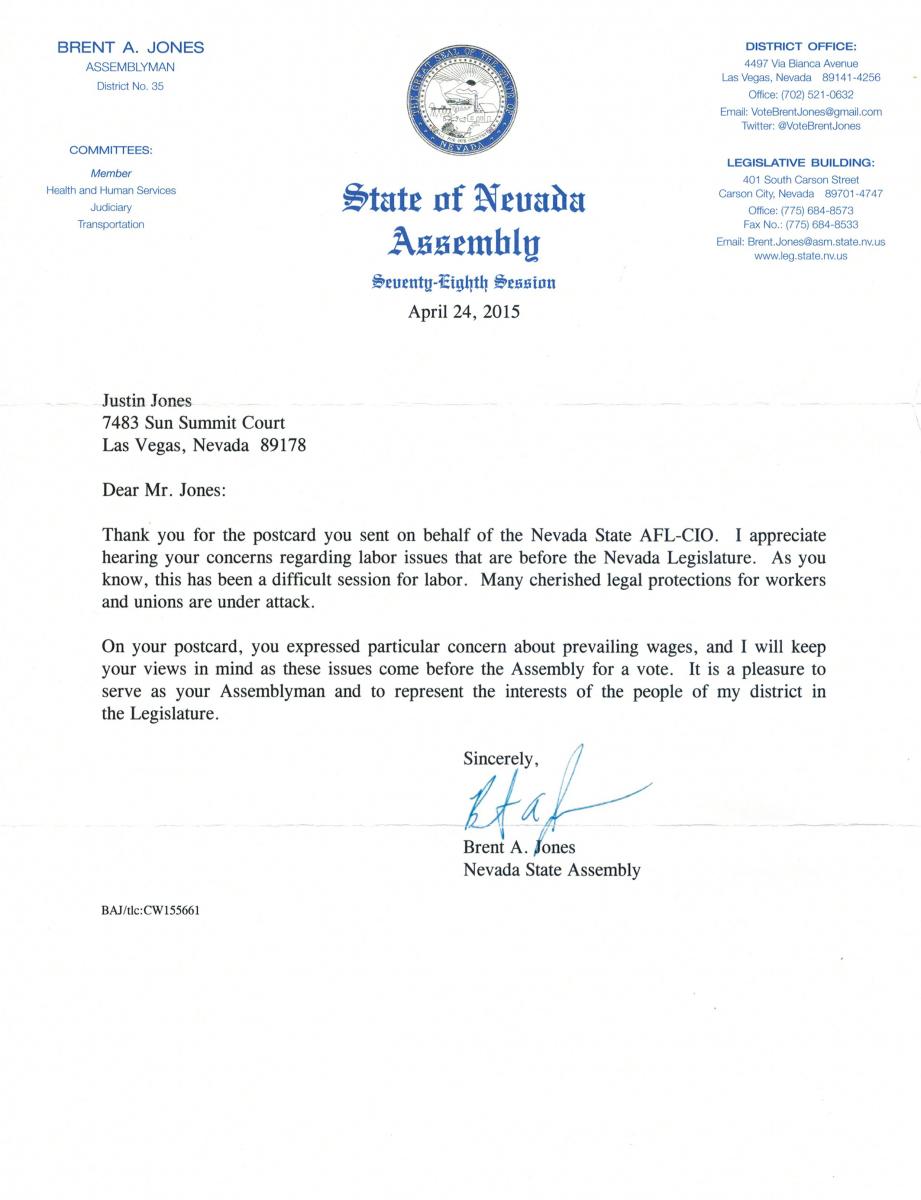