Early voting is over, only 9 percent of voters have cast ballots in the Las Vegas mayor's race, so Carolyn Goodman is bringing in her not-so-secret weapon: Oscar Goodman.

In a new piece, the former mayor goes after Councilman Stavros Anthony as being essentially a mute when King Oscar was there and of uttering "lies and hypocrisy" as he tries to take the Goodman family seat. Oh, and he calls him "an empty suit."

I have been saying for weeks that this kind of campaign going after Anthony indicates the race is in doubt.

The brutal Oscar closer proves it. 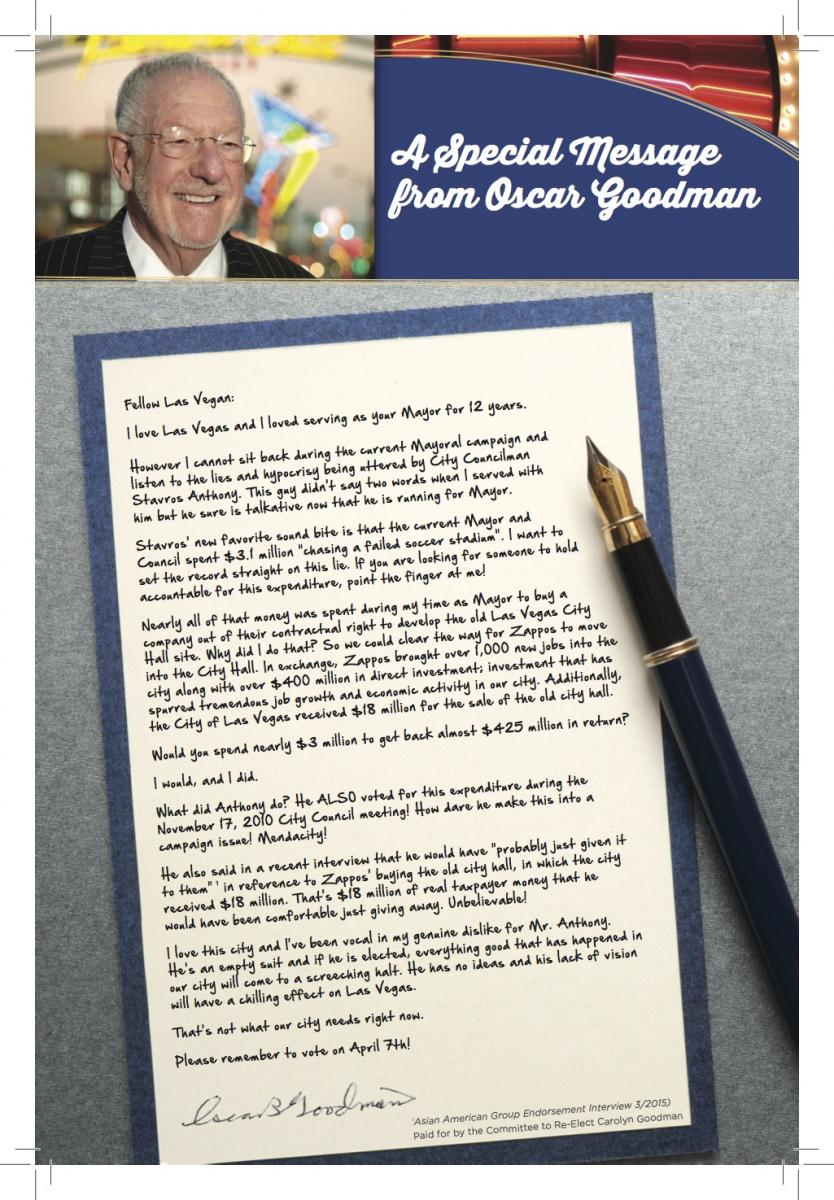