Hillary Clinton has sparked a few political imbroglios in her life.

But causing divisions among our precious youth, Madame Secretary? The humanity.

After a couple of UNLV students with the campus government came on "Ralston Reports" and gained national attention for criticizing Clinton's $225,000 speaking fee for a planned October speech sponsored by the UNLV Foundation, a student senator has taken Hillary's side. This has reinvigorated an ongoing and nasty set-to between the senator and the UNLV student body president, who has criticized the fee and asked Clinton to donate the $225,000 (or part of it) to the university.

Hotel college Sen. Alex Murdock, in a letter to the former secretary of state that I have posted below, accused student body President Elias Benjelloun of an "inappropriate and embarassing request" of Clinton to return her honorarium. Murdock also wrote in his letter that the request was "misinformed and not indicative of the intelligence of UNLV Students." (Unfortunately, he misspelled  "ideological" in the very next sentence.)

The UNLV newspaper, The Rebel Yell, covered the story today, and indicated that the two students have had a previous run-in. In his letter, Murdock alluded to that attempt to remove Benjelloun and accused him of presiding over "widespread corruption." UPDATE:This ugliness, with allegations of anti-homosexual slurs, and this nastiness, with impeachment proceedings against Benjelloun, are part of the story.

And we thought Carson City and DC had all the political intrigue and nastiness. I'm surprised no one has brought up that student government spokesman Daniel Waqar, who has appeared with and echoed Benjelloun, also works for -- wait for it --  for Americans for Prosperity. The horror. 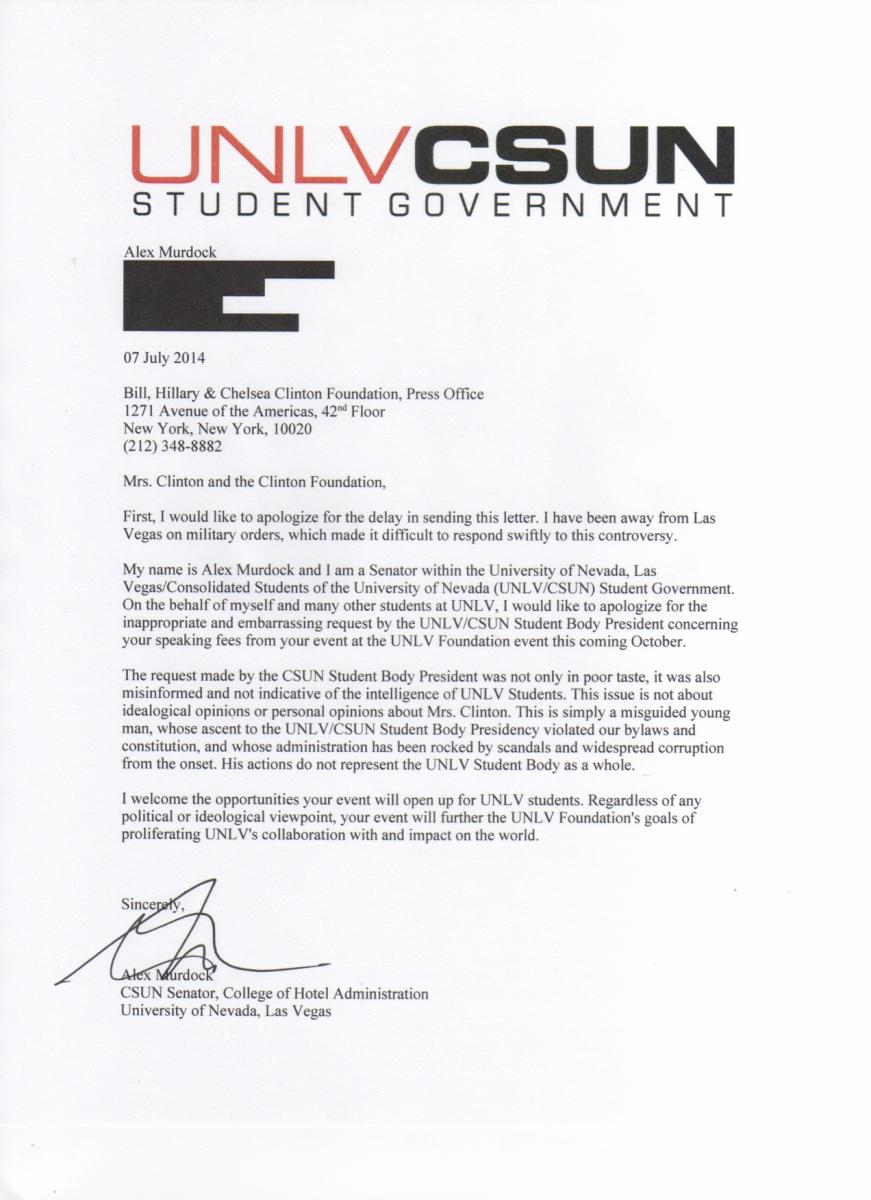