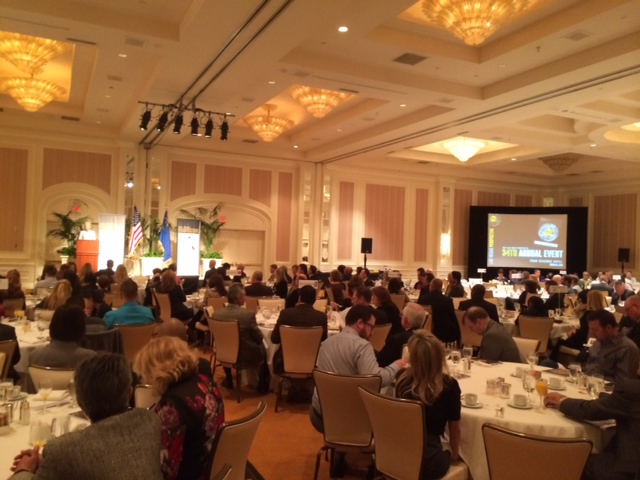 If irrational exuberance has a smell, the Four Seasons Ballroom reeked of it Wednesday morning.

Exultation wafted through the air, tingling the receptive olfactories of hundreds of attendees at the annual unveiling of the Las Vegas Perspective. The slick, thick publication usually teems with dry, albeit invaluable facts about Southern Nevada life, from basic demographics to education metrics to healthcare measurements. But on Wednesday, as analyst Jeremy Aguero effervesced about its contents, the Perspective transmogrified into a talisman of the valley’s miraculous, wondrous recovery.

As Aguero went through the various slides, you could sense the morning’s magic. Las Vegas is back. The recession is over. The city is booming.

Or words to that effect.

And, as Steve Sebelius reported, Aguero talked about how far Las Vegas has come since the depths of the recession.

“Now it is time to harvest what we have done,” he said. “We have survived the worst economic downturn in our community’s history by a long shot. I believe 2014 will be our year.”

Indeed, it may be. Housing is rebounding. People are optimistic about their fortunes.

A survey conducted by Aguero’s company showed, people generally are as sunny as he and the guy who lives on Mountain Street in Carson City. More than 90 percent of the people think life in Southern Nevada is “good” or “very good.”

And if there is not enough for folks to swell with pride, “Paul Blart, Mall Cop 2” begins shooting in Las Vegas next month, lending gravitas to the city’s filmic oeuvre and taking millions of dollars in tax breaks. 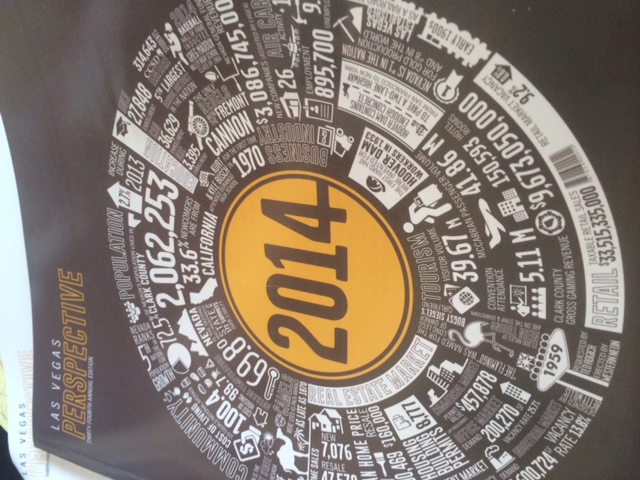 News item: Nevada’s education system is ranked the worst in giving children a chance for success

Aguero was his usual high-energy self, effortlessly spouting numbers to make the case that the Vegas Comeback has begun. And yet, the report also includes a survey that indicates 90 percent of Southern Nevadans are either “somewhat” or “very” concerned about the quality of education in the valley. Substantial majorities want to add full-day kindergarten (77 percent) and public preschool (69 percent). People surely are worried that their kids could grow up to be…mall cops.

But has he? Yes, he restored half a billion dollars in 2013. But spending is still well below other states, and many of those in the audience support infusing more money but can’t agree on how to fund it.

And when the first lady came to the stage, she informed the crowd that Nevada is an outlier when it comes to paying for early childhood education and that the business community here is the only one in America not committed in a formal way to the cause.

If only, as I said last week, she knew someone who could help.

News item: Nevada is one of four states where average income has increased for the top 1 percent and declined for the bottom 99 percent.

These are the same folks who are part of what Aguero accurately referred to as the  “collision” between the desire for a low-tax environment and imperative to improve education system. Even if Las Vegas is working its way back to health, the patient has been ill for many years, with cancerous neglect responsible for lack of attention to a growing Hispanic population in the schools (a $50 million English Language Learner experiment doesn’t come close, with due respect Madame first lady); for an ignored mental health infrastructure illuminated by a regionally embarrassing crisis (Rawson-Neal); and an overloaded transportation system that has sparked new North-South tensions.

I’m glad that the prospects for the valley are as bright as the cover of Las Vegas Perspective. So let’s all happily put on our sunglasses, not blinders.