MY COLUMN: How Session '15 will be just like Session '03, and how it could be different An unpredictable Assembly with some strong-willed no-tax absolutists.

The state’s most powerful special interest mobilizing to get businesses to pay more.

Business folks talking a good game about wanting to pay more for education.

The run-up to Session ’15 looks a lot like the prelude to Session ’03, the last time The Great Tax Debate was supposed to take place but instead dissolved into a morass of partisanship, high court intervention and two special sessions. There is reason to believe history will repeat itself, especially since Santayana seemed to presciently have the Nevada Legislature in mind.

Inability to learn from history. Check.

But will 2015 really be 2003 redux, with a small band of Assembly villains or heroes, depending on your perspective, derailing the best laid plans of governors and gamers?

In 2003, a gross receipts tax proposed by Gov. Kenny Guinn that would have poured a billion dollars into state coffers was scuttled and a mélange of proposals was cobbled together for an $800 million package that did not get enacted until one assemblyman, the late John Marvel, flipped during a second special session that ended July 22, more than a month and a half after the regular Legislature had adjourned sine die. 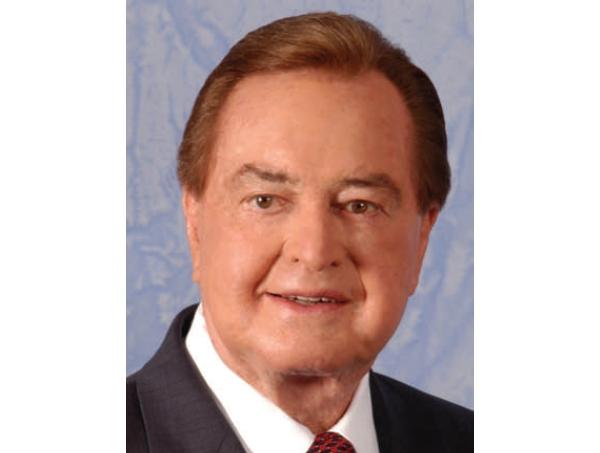 There are several reasons to believe 2015 will be different. I’m just not sure if it will be better or worse.

Gov. Kenny Guinn, who was governor 12 years ago, was a long-term thinker. A former schools superintendent who really worried about the future of Nevada’s lower education system with Clark County growth straining the infrastructure. He was charmingly and infuriatingly politically tone-deaf, though, calling lawmakers “irrelevant” and proving unable to convert massive political capital into a legislative victory.

I knew Kenny Guinn, may he rest in peace. But Brian Sandoval, who considers 2003’s governor one of his mentors, is no Kenny Guinn.

Guinn was at the end of his brief political career, had no ambitions and few political skills. Sandoval probably is in the middle of his elected or appointed career, may want to ascend somewhere and has estimable political talent.

Where the two are similar is both understand the crippling problem for the state that an underfunded, underachieving lower education system presents. Since Guinn left, though, the situation has worsened, with an acute problem in lower grades populated by English Language Learners creating reverberations up the lower ed ladder that affect the graduation rate while rendering risible the hoary shibboleth, “No social promotion after third grade!”

Where Sandoval differs from Guinn is on reforming the system. Guinn was a more traditional thinker, perhaps born of his superintendent's experience. Sandoval, influenced by Jeb Bush’s Florida successes and his own study of the problems, believes not just in more money but in outside-the-box answers such as school choice.

I don’t underestimate Sandoval’s determination to get something passed this session, especially because he realizes it may be his last should he take a federal appointment or be hypnotized by Mitch McConnell into believing the U.S. Senate actually is a fun place to be. But the political matrix he confronts is much more difficult than the one that greeted Guinn after the 2002 elections.

The only similarity: It’s all about the Assembly.

Guinn had a willing GOP partner in Senate Majority Leader Bill Raggio just as Sandoval has one in newly minted Senate boss Michael Roberson. But Guinn had a Democratic majority in the Assembly – it was 23-19 – and still couldn’t pass his plan because of the infamous “Mean Fifteen” – or famous “Fearless Fifteen” – who prevented the governor from counting to the necessary 28 to get a tax package passed. (Only after Marvel broke ranks in late July did anything pass and by then it was an almost incomprehensible array of unrelated, small taxes including a payroll tax many forces want to repeal now.)

No one who was in the 2003 Assembly and served through that searing experience is still there. (Six are in the Senate, but the rest are gone.)

In their places is a matrix of 25 Republicans and 17 Democrats that deprived Marilyn Kirkpatrick, who had been working on a package with Roberson and Sandoval, of a chance to lead in her last session. Probably. (More on that in a moment.)

So the question becomes, assuming Kirkpatrick can hold her troops, if Sandoval can get 11 Republicans to pass an education funding/reform package. There are both promising and ominous portents.

Nine of the 25 Republicans signed the mindless tax pledge that demands they be automatons on such issues. That would leave Sandoval with only a pool of 16 to choose from, except that one of them already has said he will violate the pledge. And that person just happens to be, theoretically, the most powerful member of the lower house, Speaker-for-the-Moment John Hambrick.

Alas, we don’t know how long Hambrick can hold onto power. He is one of the best-liked and nicest men you will find in politics, but remember what Leo Durocher said. And there are some not-so-nice people who believe they can control him and perhaps even get him to reverse his reversal on the tax pledge.

Don’t forget, too, that the volume is rising on talk of coalition government staring Feb.2, when the session opens, with Kirkpatrick and her Gang of 17 partnering with at least five Republicans to elect a new speaker and leadership team. That “best interests of the state” coalition may truly form. But the danger is that it hardens the pledge-signers and may even give them enough allies for a reprise of 2003’s Mean/Fearless 15.

That Assembly caucus already is riven by the sudden "election" of Hambrick, executed by Majority-Leader-for-the-Moment Michele Fiore, who collected proxies for herself and Hambrick from newcomers and, with the help of the previous designated speaker, Ira Hansen, jammed it though. Some are calling it a 13-12 caucus because of that move, but that’s too facile.

There are multifarious coalitions inside that 25-person caucus: Pledge-signers minus Hambrick, freshmen in thrall to Fiore, power-drunk leadership types and those who, understandably, don’t know where to be yet.

Thirteen of the 25 Republicans are freshmen, and it is about to be 14 once a replacement for Wes Duncan, leaving to become an assistant attorney general, is appointed. Some of those will consider voting for taxes, but the truth is that inside the Carson City crucible, people change their views based on the heat of the moment.

The GOP Assembly caucus’ new aide, Geoff Lawrence, has made a career at the Nevada Policy Research Institute of being a thoughtful but tendentious policy guy, one who believes much more in reforms than funding. How much influence he has on some of the newcomers could be critical.

Despite all of his impressive political skills and his tremendous popularity, Sandoval is not the key to a resolution. Nor is the gaming industry, which remains the most potent force in Nevada politics and has long wanted the tax base broadened, but could not close the deal in 2003 and probably won't be able to now.

As Nevada’s schools continue to struggle and as the ELL problem hobbles student achievement, the critical factor will be whether these business groups finally stop talking and dodging and actually sit down at the proverbial table. So long as they promise much and deliver platitudes while not being constructive and helping to round up votes, the business community will ensure that 2015 ends just as 2003 did.