Interesting group -- see below -- first reported by Laura Myers of the RJ.

If Laxalt is to be competitive in this race against Secretary of State Ross Miller, the money will have to flow from DC. This shows the spigot has turned; now we'll see how much is there in the pipes.

By the way, I find it humorous this is occurring in the same place where Harry Reid lives. Maybe he'll try to crash.... 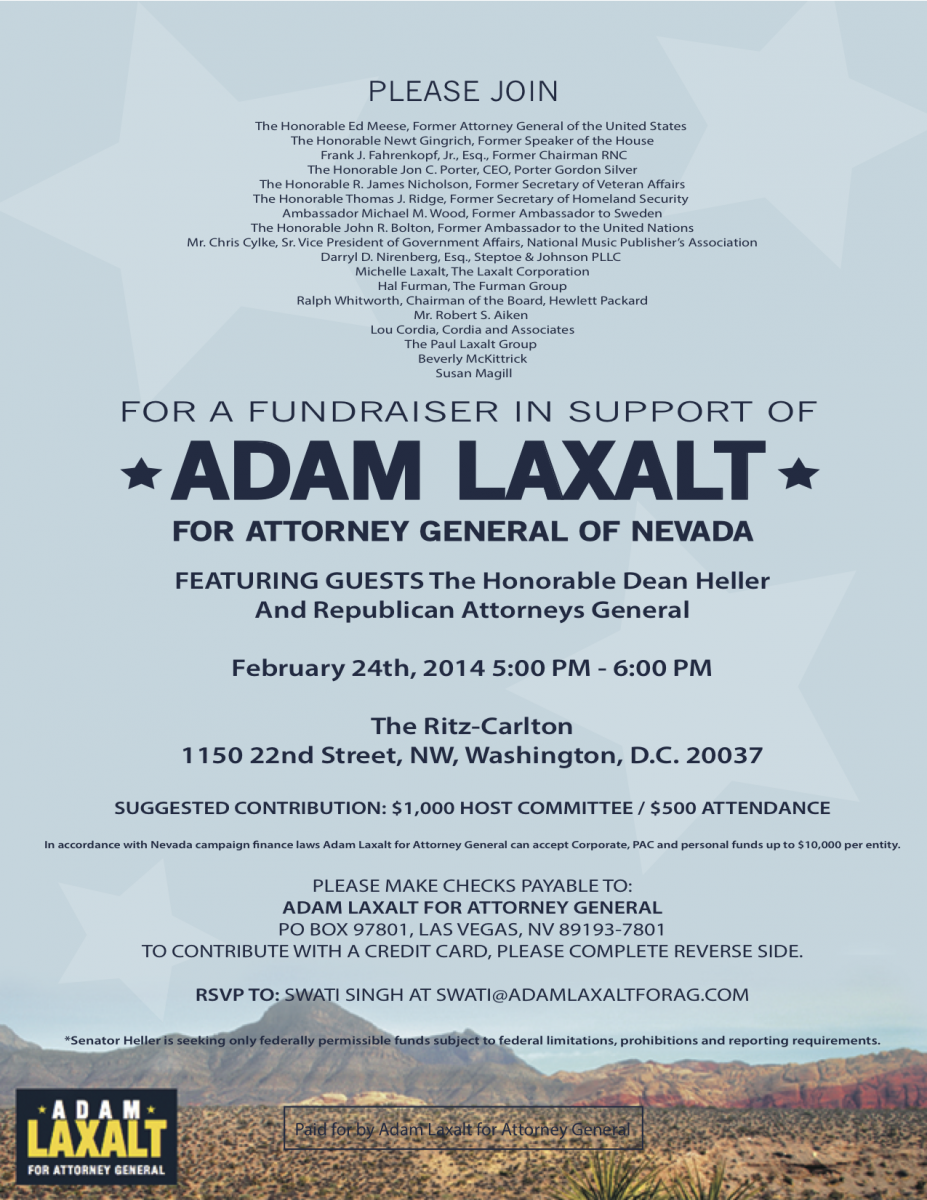