The Coalition to Defeat the Margin Tax (and propose no alternatives) is trying to raise more money for the fall assault on The Education Initiative.

The group already has reported taking in $2.3 million to fight the tax plan on the ballot. The teachers union has reported raising half that much.

And now the opponents are holding their first public fundraiser, as if to say: Look who's on our side. (You know, pretty much everybody)

So on Sept. 23, if you have as little as $250 or as much as $10,000 (preferred), come on over to Cashman Equipment, a venerable company and reliable repository of conservative thought. 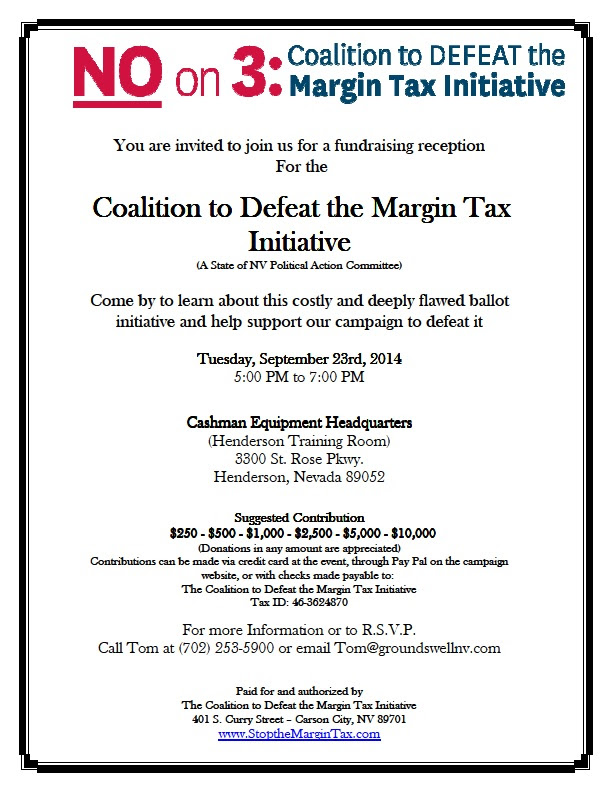