Lowden on Citizen Outreach poll: My supporters are testing the waters

Citizen Outreach, run by two past supporters of Sue Lowden, recently commissioned a ridiculous "poll" for lietuenant governor, which only the "newspaper" took seriously.

The group put out a news reelase after the "poll" came back with the obvious when comparing the former GOP chair, state senator and Senate candidate to Las Vegas Councilman Bob Beers and state Sen. Mark Hutchison: Lowden has the most name recognition.

The outreaching citizens, Chuck Muth and Dan Burdish, actually put a disclaimer in their "poll" release:

I thought from the word go that the poll was tendentious, purely designed to make it look good for Lowden and bad for Hutchison, who has been anointed by the GOP powers that be.

So imagine my lack of surprise at the Facebook colloquy I have captured below in which Lowden informs friends: "I have supporters who are testing the waters."

As for whether Lowden is in or not, she told me via email: "Still deciding."

(Oh and this happened today, too.) 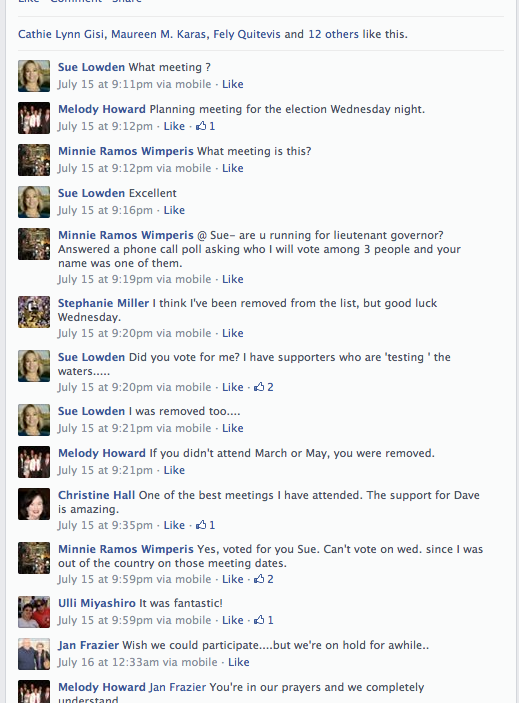