Their own polling shows he is fine. But Gov. Brian Sandoval and his men are taking no chances with the recall effort directed at Speaker John Hambrick.

Standard stuff. The piece, paid for by Team Sandoval's Nevada Jobs PAC, also ties the recall effort to some of those being investigated by Metro in a corruption case, a reference to operative Tony Dane, who has been interviewed by detectives, and others. (Dane has responded to this mailer with a robocall today that says Sheriff Joe Lombardo wants to "house political prisoners" in the detention center and says the police are "being used" by Sandoval and Hambrick to target him. He is just fighting for free speech, you see. I cannot make this up. I have attached the call here.)

The prophylactic campaign is probably unnecessary, but said one Team Sandoval member: "It's not that we are worried about the recall but we don't take chances." 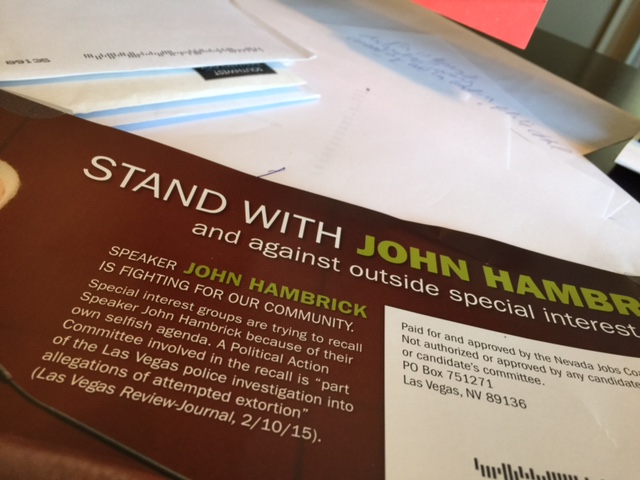 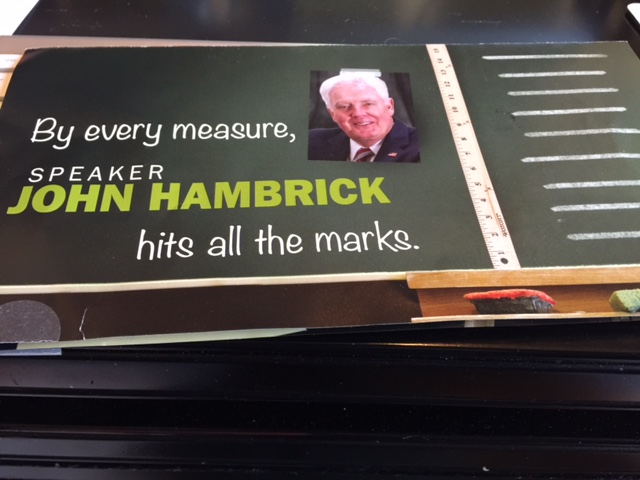 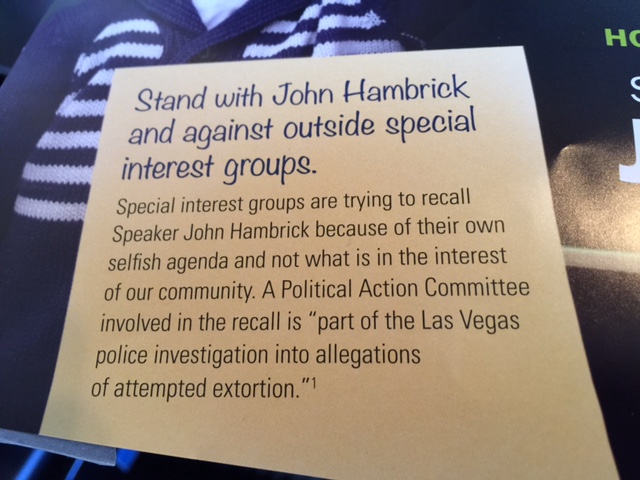 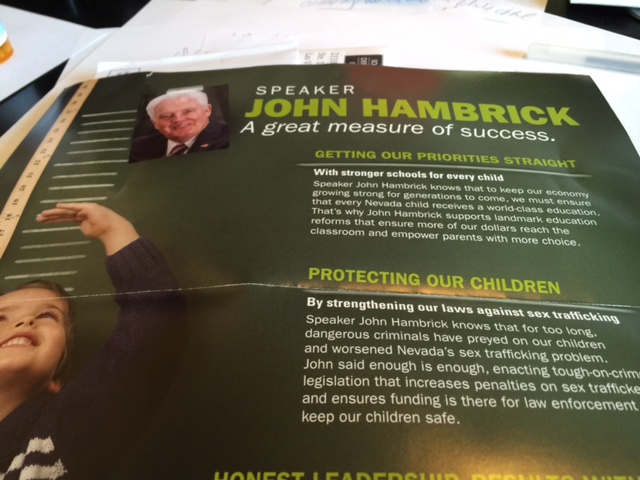