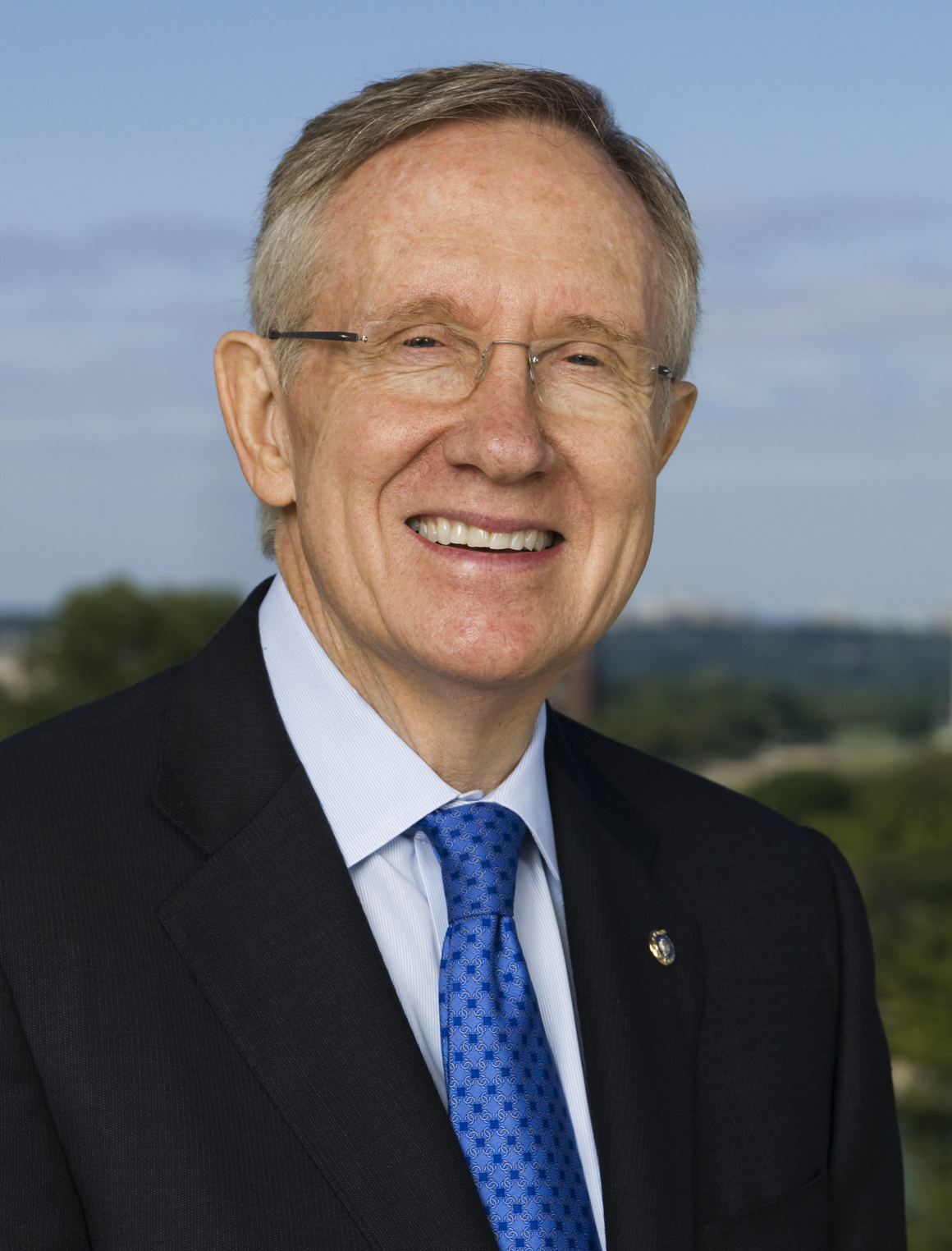 Harry Reid tried to have me fired a few times over the years, once even had my television program briefly canceled.

God, I will miss him.

As the minority leader prepares to leave the Senate after three and a half decades in Washington, I have been reflecting on the man so many love to hate but who inspires unswerving loyalty among his supporters, on the man who is arguably the most powerful politician in Nevada history, on the man who is – I will use the words once more – the most ruthless and Machiavellian elected official I have known.

He has, if nothing else, never been boring.

I have written more words about Reid in my 30 years of covering Nevada politics than any other person. I regret not writing even more – a book about The Miracle in Nevada, his 2010 re-election against all odds, or even the definitive, if unauthorized biography.

But the one word that most fits Reid, whether you admire or loathe him, is one that applies to few politicians, even the most skillful of poseurs: authentic. “Stay true to who you are, your roots,” the man from Searchlight advised his colleagues toward the end of his floor valedictory Wednesday.

His lack of a self-editing mechanism, presumed so essential to electoral success before The Age of Trump, has not hobbled him; indeed, it has brought him as many acolytes as enemies.

(By the way, Reid has more in common with Trump than either would like to acknowledge – and I am not talking about their mutual love of stimulus packages! Reid doesn’t have the overweening narcissism, but the mean streak, the nasty broadsides, the deal-making instincts, the win-at-all costs mentality are essential traits of both men.)

As I wrote when he announced last year that he would not run again, Reid’s retirement is hard to fathom, the most indomitable of pols surrendering, raising a white flag to his age, especially after a devastating accident that claimed his right eye. Reid catalogued many of his accomplishments during a one-hour floor speech Wednesday morning, tying much of what motivated him to his childhood in that “crummy place” – a place where his father committed suicide and his mother did the wash from casinos and brothels.

Because of his venomous verbal assaults and reflexively partisan behavior, Reid is often seen as unprincipled and even unmoored. Indeed, he seems to take little responsibility for a DC dysfunction that he certainly helped cause or exacerbate.

But Reid, especially in his later years, clearly had or developed deeply held beliefs, some of which involved changing positions. I still think it should be called Reidcare and not Obamacare because his passion and legerdemain got it passed. He evolved from an anti-immigrant posture to become one of the fiercest proponents of reform. And the pro-life Mormon who often tried to mask his conservative positions on social issues became a strong defender of LGBT rights and a gay marriage advocate.

No one is as simple as the caricature, especially public figures. Reid is more than Prince Harry, the say or do anything to gain advantage guy, or The Meddler-in-Chief, who ruled the Democratic Party with an iron fist. He is more than the pol who hangs up without saying goodbye, even doing so to presidents. He is more than the attack dog who hurls epithets willy nilly, calling George W. Bush a “loser” and a “liar” and spreading a false rumor about Mitt Romney’s taxes.

Reid also was a nonpareil legislator who sent hundreds of millions in pork (he hates that word) back to Nevada, who made deals with the same Republicans he excoriated and who singlehandedly – yes he alone! – stopped Yucca Mountain.  He had more impact on national policy and local politics than Pat McCarran, the man he called “awful” on the floor during his farewell speech and for whom the Las Vegas airport is named. (Some think it should be changed to bear Reid’s name.)

Reid also is a man who has been married nearly six decades to Landra, the person who has influenced him above all others and for whom he cared in recent years after a horrific car accident and a bout with breast cancer. Their relationship is a marvel.

So many clichés have been used to describe Reid over the years, most of them revolving around his amateur boxing career. I have tried to avoid them in my writings, although they are undeniably apt: This is a man who got knocked down many times, electorally and otherwise, and lived to fight another day, who was always able to tune out the crowd noise, the jeers and insults from the cheap seats, and who, yes, struck a few low blows in his career.

“I did a lot of things people probably wouldn’t do, but I did it,” Reid said on the floor, referring to pressuring bankers and even foreign leaders on behalf of MGM but also neatly summing up his political life.

I’m not sure how Reid will survive without doing what he has done for three decades. He says he’ll stay in Washington, but has insisted he won’t become a lobbyist, whether he goes to work for a casino company such as MGM or adds his name to a law firm’s masthead.

My own rollercoaster of a relationship with Reid began in 1986 when I covered his first run for the U.S. Senate and all of his more prominent characteristics were evident then. He planted questions with a reporter at his opponent’s announcement news conference, then watched Jim Santini, who had a perspiration problem, begin to sweat. Of course, Reid has a camera crew there, and the ads were devastating.

He was a terrible candidate, so uncomfortable on the stump, so bland, so charismatically challenged. But he knew how to win, even in the face of multiple visits from President Reagan.

I chronicled his near-death experience with John Ensign in 1998, which helped catalyze his desire to remake the Democratic Party machine into the most formidable in the country. I read all of his political obituaries in 2010 before watching him pick his general election opponent (Sharron Angle) and win a decisive victory.

People sometimes forget that four years earlier he engineered the "lifetime" appointment of GOP rising star Brian Sandoval to the federal bench, thus taking him out of a possible 2010 run against him that might have ended Reid’s career. The fact that Sandoval did not stay and left the bench instead to run that year against Reid’s son, Rory, is one of the great ironies of Nevada politics.

After I began writing a column in the late ‘80s, I discovered Reid was taking honoraria for speeches and decided to write about it. He called me, insisted it was for Landra’s medical expenses (she has Crohn’s) and told me he would never talk to me again if I penned the column.

I did. He cut me off for a long time, then summoned me to his office to inform me he would begin answering my questions again. He stiffarmed me again starting about five years ago after I began writing columns about how he had helped one of his sons get a local appointment. And then it got worse.

More than once, Reid called his close friend, the late Jim Rogers, then the owner of NBC affiliates in Nevada, to have me fired. This came years after, ironically, Reid pulled off a classic power play, having his then-chief of staff, David Krone, make NBC an offer the network couldn’t refuse to open up a better time slot for my program. I only learned about this after the fact – Reid’s chief of staff actually sent me an email bragging about it.

A few years later, after a series of phone calls from Rogers informing me Reid was upset with me (this was not news), the station owner called me into his office. I’ll never forget it.

“Harry said, ‘Ralston is trying to bury me and my family,” Rogers began, detailing how the senator was furious about what I had written about his son. He then went on to list a series of “favors” Reid had done for him over the years, how much he owed him. The message was clear.

Shortly thereafter, I received a morning call from my direct supervisor who told me that Rogers had decided to cancel the program. I was not surprised, and I was only able to reverse the decision by directly confronting Rogers, who relented. Not too many people have beaten Reid at his own game, although I would never call him a “loser.”

I never got angry, as my friends and family would tell you, about Reid trying to cost me my job. Sure, it was disconcerting and upsetting.

But I knew that was Harry being Harry, doing what he does and what he did for decades in DC. He didn’t just amass power; he used it. (And if you think about it, he was standing up for his kids, an admirable trait, albeit misguided in this case. I always knew this was more about Landra than anything else.)

You may not like him. You may think he went too far. You may believe he helped ruin DC.

But in a capital world dominated by artificiality, Reid never pretended to be anything other than who he is. And he was never, ever boring.

I will miss him.