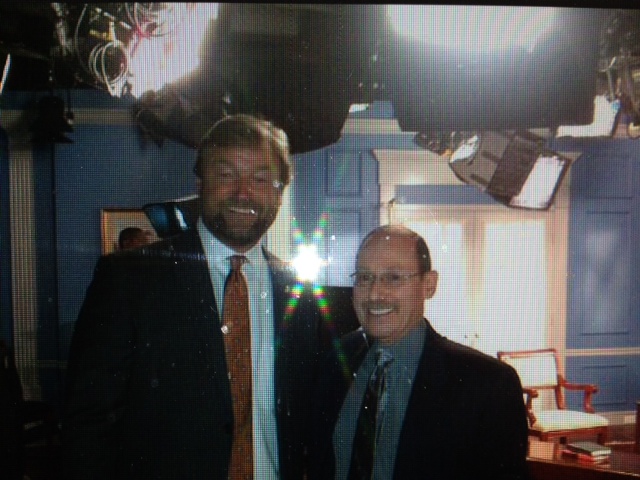 Coming on the heels of that bizarre Vegas PBS outing, Sen. Dean Heller submitted to a withering interrogation in DC by Northern Nevada icon Sam Shad.

Some of it is just amazing. ("Do you trust President Putin?" Spoiler alert: He doesn't.)

Heller: “Well obviously it has had impact. We saw during the last election cycle, in fact, if you take a look at the United States Senate two years ago we were sitting here thinking the Republicans were going to take control. I’m a big believer that to win a race you have to have a good campaign, you have to have a good candidate, and you have to have both. You can have both and lose, but you can’t win without both. So we are seeing the same dynamics now going in two years later. The state of Georgia has some very conservative candidates and the key is to win races. I want the most conservative candidates that can win being the nominee for the Senate races. If we do that I think we can take the majority.”

Could someone please translate that into English for me? And the follow-up? Still waiting---

Shad: “All right quick answer, in your election victory over Shelley Berkley your campaign increased support over your victories over Joe Derby in Washoe County. What do you attribute that to?”

You can’t make this stuff up.

And check this out:

Shad: New topic. Medical marijuana. The administration said it’s going to leave it to the state, but banks are afraid to open accounts for these new businesses because of federal laws, credit card processors won’t have them as customers, the Feds are even preventing Brinx trucks from service. They can’t even make electronic payments to the IRS. What is being discussed, if anything?

Heller: Nothing. There is very little discussion on marijuana on the banking committee. Now I do believe that the states have a right and should and Nevada has spoken when it comes to these issues. I know it is illegal at the federal level and that why some of the banks and financial institutions are hesitant in lending money to some of these businesses and organizations. It’s a new area. It probably ought to be discussed. I’m not pro-legalization of marijuana; I’ve been pretty clear on that."

The interviewer also asked the senator about the faux “exemption” on Obamacare but neglected to ask if he or his staff would opt out. Instead, he let this go: “If we are going to pass a law and by the way it was my amendment that said members of Congress have to abide by this law, and they do, but their staff doesn’t have to, the White House doesn’t have to. Frankly, if I am going to lose my healthcare, I want John Roberts to lose his too.”

I am still waiting for an answer to that opt-out question from his press secretary.