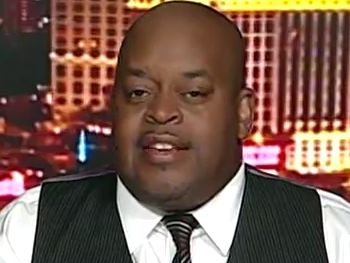 In a post about why he is running for Congress, Republican Niger Innis declared, "It's time our Republican Party had a fighter who can clearly communicate the enduring Conservative principles limited government, free markets, liberty and personal responsibility."

I bet Innis, a Republican seeking Rep. Steven Horsford's seat, is going to see that line again because he has nearly six figures in state and federal tax liens filed against him, as well as at least four adverse civil judgments, public records show.

There are IRS and New York State liens, including one filed in 2011 when he was living in North Las Vegas, and lawsuits by his landlord, Ford Motor Company and the US government for his student loan debt, all of which resulted in significant judgments against him.

These have resulted in tax warrants, too, records show. (I have posted some of the documents here.)

Those still haunt him today, he conceded, and said he has hired an attorney to try to settle the outstanding issues. "I could have done the easy thing and just declared bankruptcy," he said. "I didn't. I decided to just deal with these things. I'm not a millionaire. I don’t have a lavish lifestyle. I don’t have property in the Cayman Islands."

Innis also offered up that his name is on some documents when the Congress of Racial Equality, for which he was a national spokesman and board member, had financial problems, as well.

These issues occurred before Innis moved to Nevada in 2007 -- ah, the land of second chances, where the past can be (but is not always) forgotten. But they are bound to be raised now that he is running for Congress and so easy to find.

"I am wrapping this up," he told me. "I am going to tie up every loose end on these financial issues and get them squared away."