The Southern Nevada Building and Construction Trades Council sent a letter this week to commissioners, calling the stadium "destined to be owned by a wealthy private corporation," a reference to Howard Hughes.

Darren Enns, the organization's secretary-treasurer, wrote, "We are asking for your commitment not to approve any public financing for the proposed minor league baseball stadium at Downtown Summerlin until the voters of Clark County have had an opportunity to speak on Election Day."

Enns said in an interview that while the economy is recovering after the recession decimated the construction industry, the ballot measure proposal is motivated by his members "being underpaid right now. Most workers are making a poverty wage."

Enns added, "It’s not right to build projects with workers from out of state that don’t make a living wage. Why should public tax dollars go there? Until we get some answers, we will oppose these projects."

Enns said Hughes brought in an out of state contractor for the Shops at Summerlin, a new mall project slated to done in October. That created concern about the stadium project proposed nearby, he said.

I called Howard Hughes, and I am awaiting comment. UPDATED: Here it is, from Tom Warden, senior vice president of community and government relations: “For more than two decades of development here in Summerlin, we have worked well with the trade unions creating, both directly and indirectly, thousands of jobs.  We look forward to creating many more jobs as our community continues to grow, especially in light of our Downtown Summerlin project.”

The Enns letter is below.

UPDATE: And he posted a video, too. 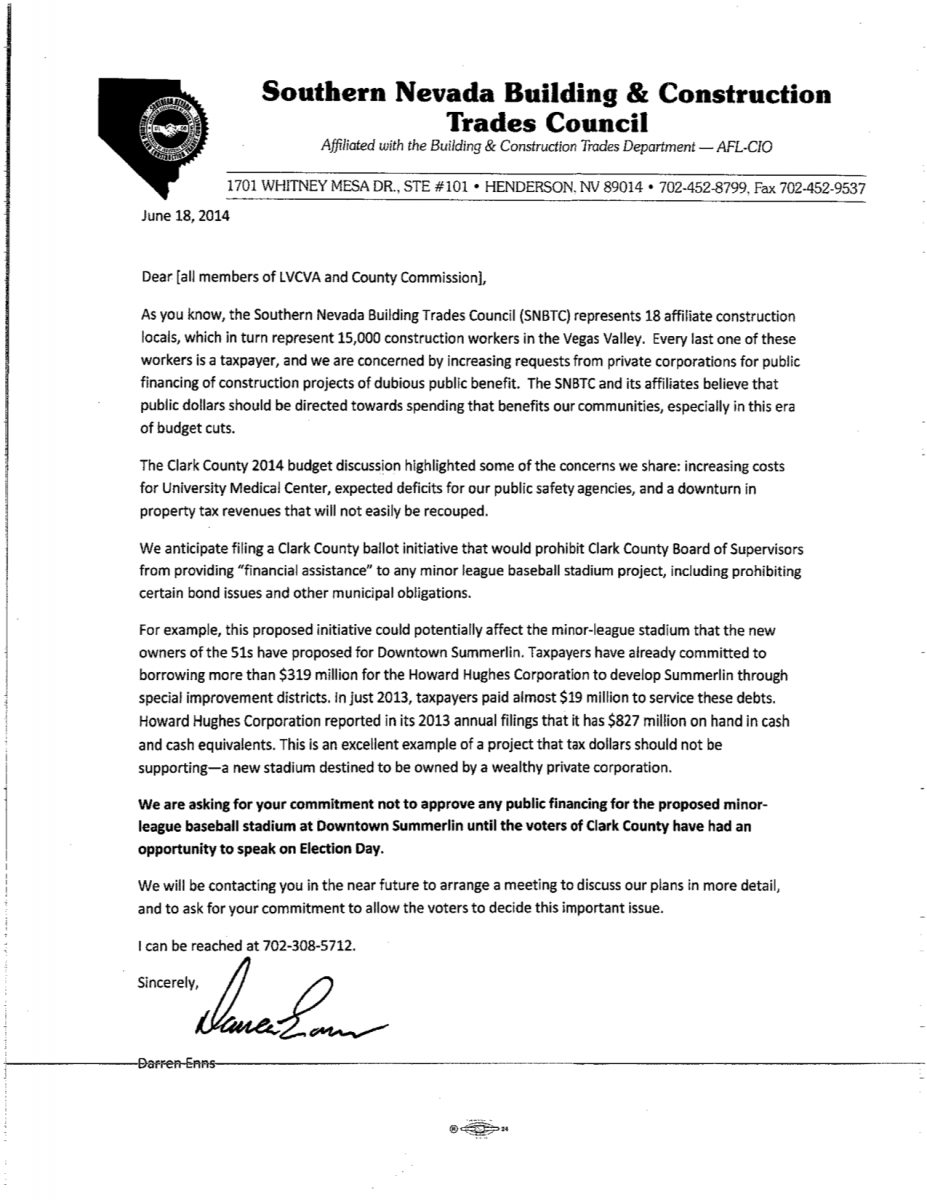