But Brager has raised three quarters of a million dollars and the Culinary is not helping the labor effort because it is preparing to go on strike. And an independent expenditure campaign has begun pounding Schneider (there is one helping him, too), with a new, brutal mail piece below. 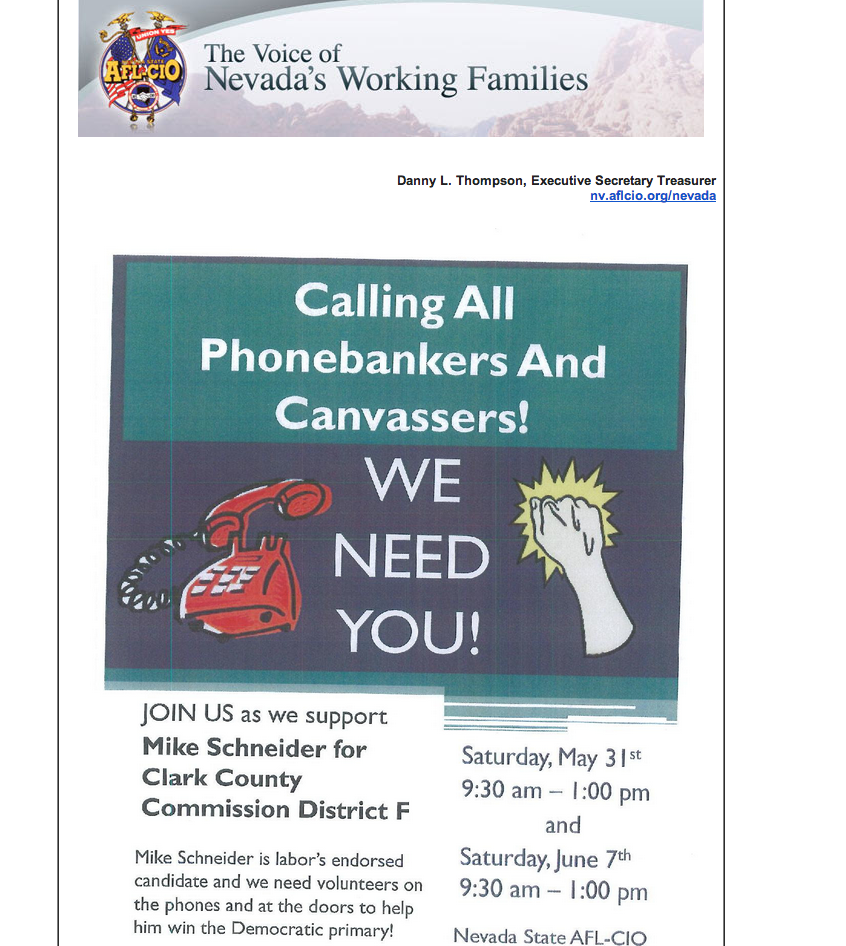 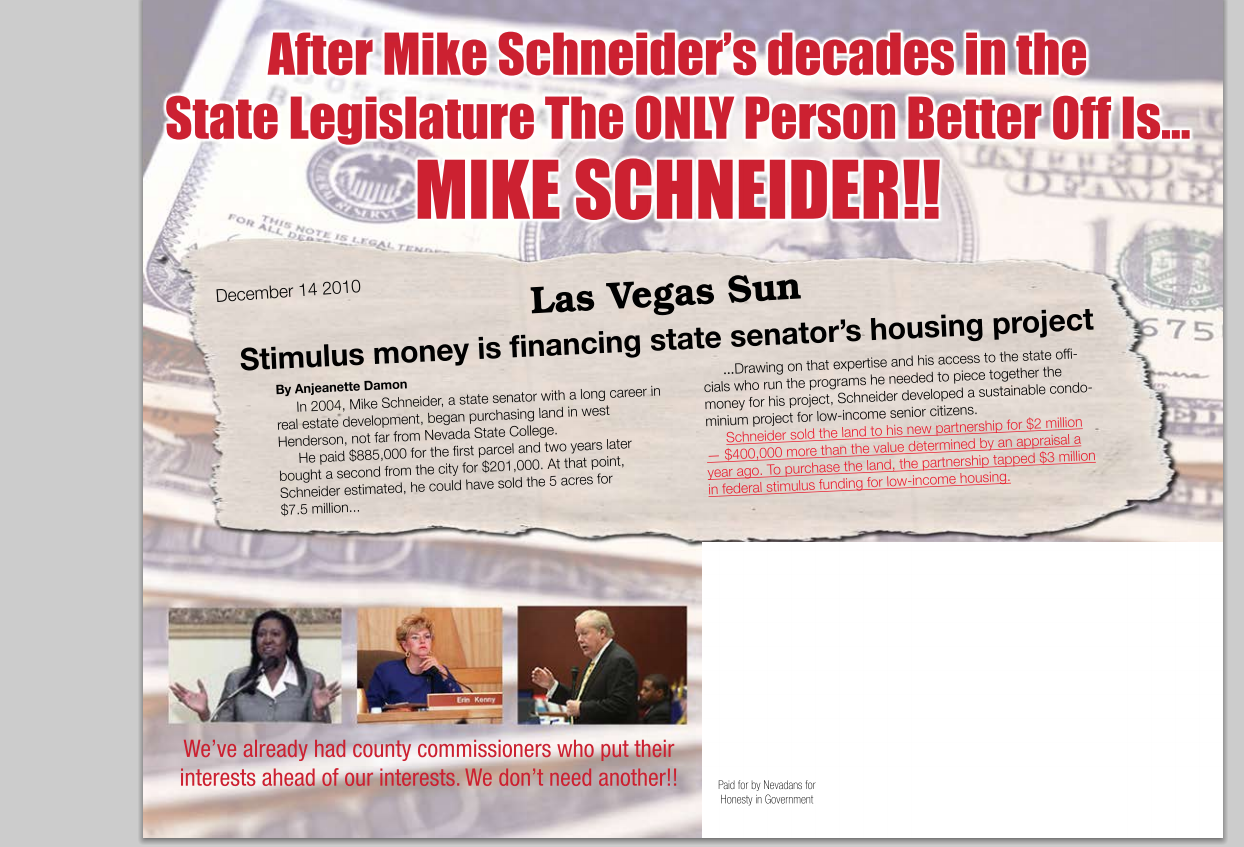